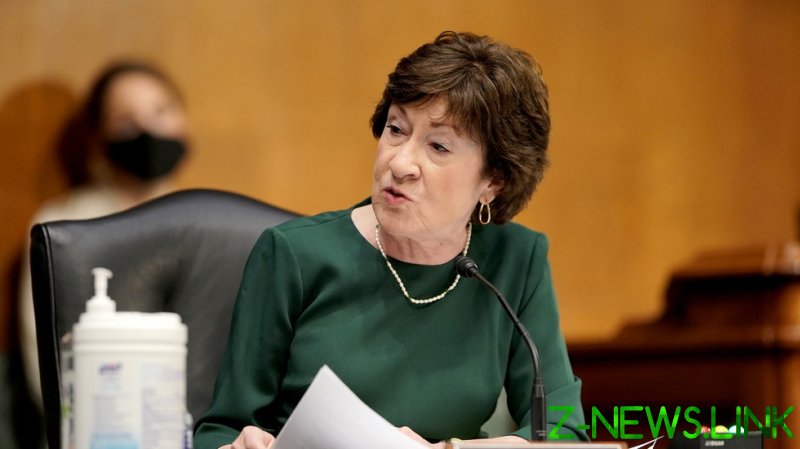 An unsealed search warrant application obtained by Axios on Tuesday revealed the ongoing FBI probe, with federal agents saying that Martin Kao, the former CEO of defense contractor Martin Defense Group, arranged a series of illegal payments to Collins’ super PAC in 2020, even enlisting family members in the scheme.

Federal agents say that Kao and his wife set up a shell company to make the $150,000 contribution, which they named  the ‘Society for Young Women Scientists and Engineers.’ Kao’s defense firm, then known as Navatek, then allegedly reimbursed the ‘Society’ for the same amount of money. The FBI suspects the payments were made through the shell company to circumvent laws prohibiting donations from government contractors to federal political committees.

Though Collins acknowledged helping Kao’s company land an $8 million contract with the US Navy in 2019, a spokesperson for the senator denied any role in the payment scheme, telling Axios her campaign had “absolutely no knowledge” of anything claimed in the warrant request.

The application also cites emails between Collins’ financial director in Maine and Kao – who at the time had just hit the legal limit for individual contributions to the Senator’s campaign – with the director stating “If you have friends or family members that would be willing to donate please don’t hesitate to send them my way.”

Kao allegedly did just that, soliciting contributions from family members, but then illegally reimbursed them after the fact, the FBI claims. Navatek is also believed to have repaid several of Kao’s colleagues for similar donations.

Altogether, contributions from Kao, as well as his company and associates, accounted for just 0.2% of total fundraising for Collins’ 2020 campaign.

Collins, one of only a handful of Republican Senators to vote in favor of impeachment for ex-President Donald Trump, styles herself as somewhat independent from her party, frequently breaking with fellow GOP lawmakers, including in high-profile votes. Her 2020 reelection bid was ultimately successful, beating out Democratic challenger Susan Gideon by a substantial margin of nearly 9 points.