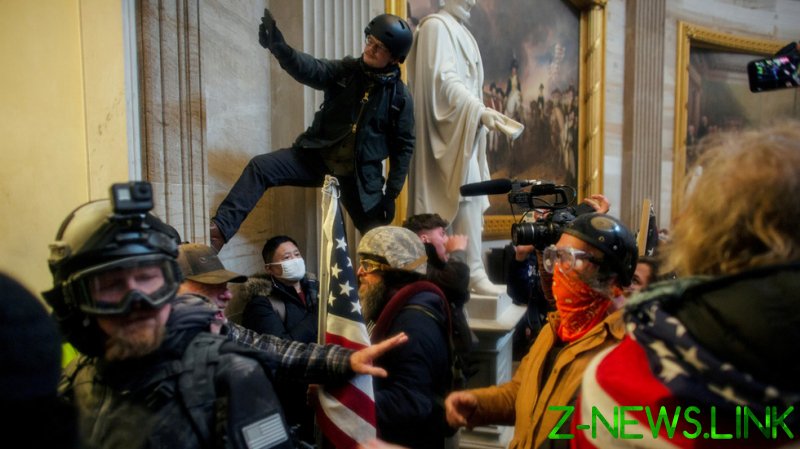 The Bureau has “received information about an identified armed group intending to travel to Washington, DC on 16 January. They have warned that if Congress attempts to remove [the president] via the 25th Amendment, a huge uprising will occur,” according to an internal bulletin obtained somehow by ABC News Radio reporter Aaron Katersky.

Katersky claims the group – which has not been identified publicly – is calling for the “storming” of state, local, and federal administrative buildings if Trump is removed before January 20, when Democrat Joe Biden will be inaugurated as the next US president.

“Armed protests are being planned at all 50 state capitols from 16 January through at least 20 January,” and at the US Capitol starting on the 17th, Katersky added.

The FBI has not yet officially confirmed or denied Katersky’s report.

The alleged bulletin comes amid a Justice Department crackdown on thousands of Trump supporters who attended the January 6 ‘Stop the Steal’ rally in Washington, DC. A group of protesters broke through the barriers around the Capitol and made it into the building, disrupting the joint session of Congress as it met to certify Biden’s election, and briefly occupying the House and Senate chambers.

House Democrats quickly accused Trump of “inciting” what they called an “insurrection,” and drafted up articles of impeachment to that effect, insisting they will act on it unless Vice President Mike Pence invokes the 25th Amendment to remove him from office.

The draft impeachment resolution also invokes the 14th Amendment – passed after the Civil War – to argue that Trump and his supporters engaged in “insurrection or rebellion” against the US just like the leaders of the Confederacy, and should therefore be barred from holding any public office.

Four protesters and one police officer died during the Capitol unrest. One of the protesters was shot by Capitol Police, while the circumstances of the other deaths remain unclear – though that has not stopped them from being politicized.

Trump’s calls for protesters to be peaceful and go home were quickly deleted by social media platforms. Twitter proceeded to ban Trump on Friday, saying his tweets could be interpreted by some as inciting violence.