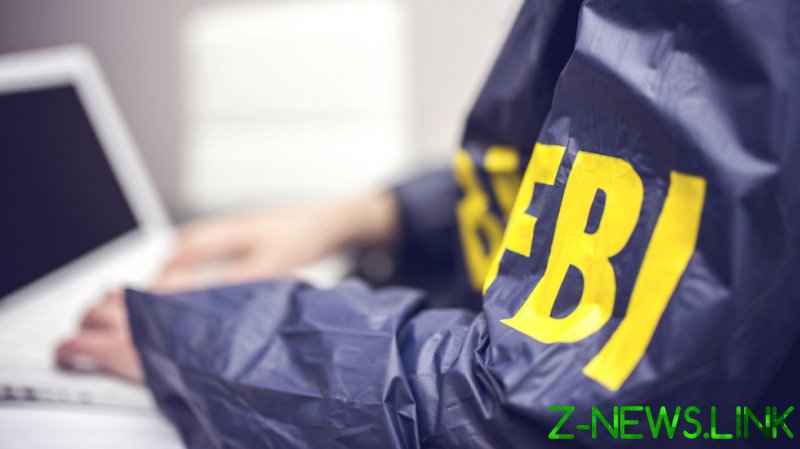 US tech giants are helping the FBI’s recruitment drive against Russian diplomats stationed in the US capital, the Washington Post reported on Wednesday. Ads on Twitter, Facebook and Google are geolocated to the Russian embassy and encourage recipients to divulge information to the US security agency.

The campaign, which an expert commenting for the newspaper called “clever and sophisticated”, is apparently focused on Russian spies presumably working under diplomatic cover at the embassy. It highlights an exchange between Russian President Vladimir Putin and Foreign Security Service chief Sergey Naryshkin during last month’s meeting of the National Security Council.

The top body was discussing on camera whether to recognize Ukraine’s breakaway republics of Donetsk and Lugansk as sovereign states, with each member stating his or her opinion. Naryshkin at one point seemed confused about what was being discussed and suggested Russia should annex the two entities. Putin reminded him such a proposal was not under consideration.

“Speak plainly,” the president told the intelligence head as he was struggling to express his position.

The Russian-language ad features photos of Putin and Naryshkin during the meeting and encourages readers to “speak plainly” to the FBI. The link goes to the webpage of the counterintelligence program of the Bureau’s Washington Field Office.

It’s not clear if the campaign, which the newspaper concluded to be a form of trolling of Russian intelligence officers into disliking Putin, was an efficient recruitment technique. Peter Lapp, a former FBI spy-hunter, told WaPo that he believed the strategy to be “brilliant”.

“It’s also nice to see the FBI using 21st-century technology to do this, since the FBI is not usually known for its technological advances,” he said, adding that at the very least the ads could waste Russian resources on trying to identify people who would click on them. 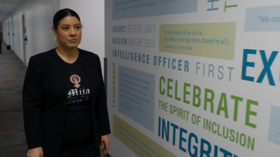 US tech giants have been instrumental for America’s campaign to discredit the Russian government’s rationale for attacking Ukraine. They collaborated with the Western governments in banning Russian media outlets on their soil.

Initially they also allowed pro-Ukrainian ads to run freely on their platforms, including in Russia. The messages were supposedly meant to inform Russian citizens about the situation in Ukraine – or at least to convey the narrative about it that Kiev and its foreign backers seek to promote.

Big Tech companies later decided to put on pause advertising in Russia or by Russian advertisers.

Earlier this month, Russian foreign ministry spokesperson Maria Zakhariva said Russian diplomatic missions in the US had been living under pressure for years and “under siege for the last several months.” She said staff members regularly reviewed threats against them and their family members.