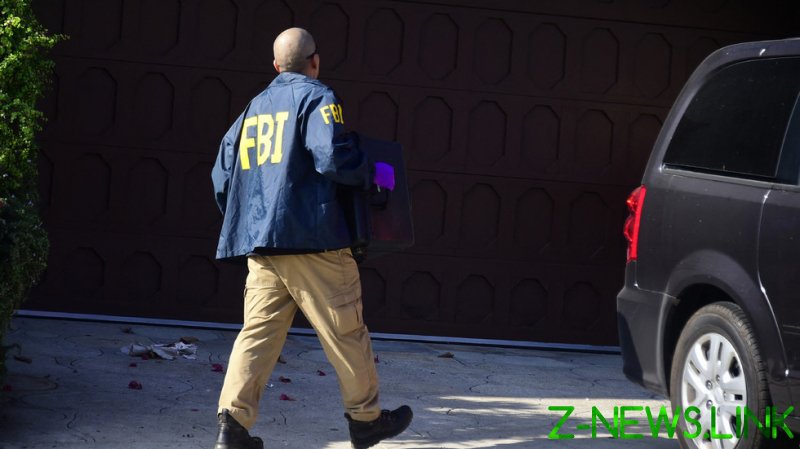 Attorneys for five defendants charged with attempting to kidnap the Democratic governor are seeking information about special agent Jayson Chambers, after a BuzzFeed report claimed that the FBI agent may have published tweets about the undercover operation before it was made public. The foiled kidnapping plot – allegedly hatched in retaliation against Whitmer’s Covid-19 measures – was initially used as evidence of the domestic threat posed by right-wing extremism. But the narrative began to fall apart after it was revealed that at least 12 undercover informants played major roles in the scheme, leading to allegations of entrapment.

According to BuzzFeed, a “right-wing troll” who claimed to be the CEO of Exeintel, an internet intelligence firm, appeared to tweet multiple times about the FBI’s investigation before the alleged abduction plot was thwarted. The account, @ravagiing, issued a cryptic warning (“Don’t worry Michigan I told ya A LOT more coming soon”) just hours before the FBI arrested nearly a dozen suspects in October. As it turns out, Chambers is listed as the CEO of a company called Exeintel. It’s unclear whether the FBI special agent was behind the prophetic tweets.

In a new pleading filed on Friday night, lawyers for five men accused in the kidnapping conspiracy asked for more information about special agent Chambers and his communications with an undercover informant who allegedly played a key role in organizing the plot.

“Repeated tweets sought attention and tried to show that the CEO was a valuable source of information to (paying) third parties,” the court filing claimed, referring to the social media activity linked to Chambers and his private intelligence firm.

It’s possible that the FBI may have known about Chambers’ business activities. According to BuzzFeed, FBI agents who want to own private companies or have side gigs must receive explicit permission from the bureau.

The peculiar twist comes less than a week after one of the men accused in the kidnapping plot, Ty Garbin, received a six-year sentence after pleading guilty. Garbin has agreed to act as a witness against his alleged co-conspirators.

Conservative pundits have argued that the FBI’s sting operation, which was revealed ahead of the 2020 presidential election, was heavily politicized and served to intentionally discredit Donald Trump and his supporters.

Defense counsels for the five defendants have stressed that the alleged plot would have never occurred without the FBI’s active involvement, accusing the government of essentially hatching a plot that it later foiled.

Prosecutors, however, have insisted that the defendants were “predisposed to join the kidnapping” and that their claims of entrapment were invalid.