Home / policy / FBC has applied to the UK and the FSB against Metelsky, who, as MP, did business

FBC has applied to the UK and the FSB against Metelsky, who, as MP, did business 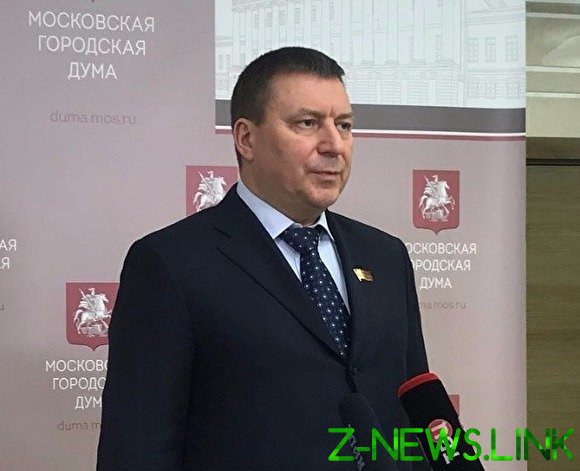 The Fund of struggle against corruption has asked the Prosecutor’s office, interior Ministry, FSB, the Investigative Committee of the Russian Federation, the Moscow city Duma from the party “United Russia” statements about the fact that the current Moscow city Duma Deputy from the faction “United Russia” Andrey Metelsky has done business the past few years, despite the fact that it is prohibited by law. Published today in the investigation of the FBC States that in 2015, the Deputy Metelsky bought the company “Alpin”, which is engaged in manufacturing motorcycles.

According to Spark, the company “Alpin” owns a Dmitry Chervonenko, and the beneficiary is Peter Ivanovo. However, the staff of the Fund of struggle against corruption say that the immediate head of the firm was the Andrei Metelsky. The output of FBK was done by examining the audio recording of the hearing, which considered the criminal case against the former owner of the “Alpina” Basil Lapatina.

In the course of the hearing, according to the FCO, the seller, the employee of the personnel Department and economist of the company “Alpina” stated that perceived Andrei Metelsky as the head of the firm. “Vasily Nikolaevich [Lapatin] told me that they would find a buyer [company “Alpin”] and that buyer will be Metelsky Deputy Chairman of the MHD. […] I saw saw the car of the mister Metelsky coming in the morning, how to work, “Alpin” and staying there for a few hours,” says the record man in FBK imagine how the office staff by the name of cockchafer.

Another witness in the case Lapatina, the driver and the head of the mechanics by name Busarow, according to the FCO, the court stated that the Metel in the “Alpine” was “king.” “It in General and called. Without his knowledge, was not done anything. Until the installation of the sinks and urinals. With me he ordered the parts. We went tried on urinal cakes. It took hours,” said Busarov, says the FCO.

To review Andrei Metelsky Znak.com failed. The Deputy didn’t answer the phone, then said in an SMS that “can’t talk”.