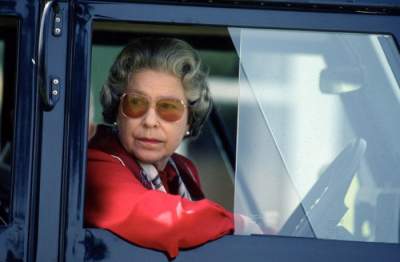 Difficult to find someone who doesn’t know Elizabeth II. The Queen of great Britain is already 91, but she still she drives the car. The review presents the iconic machine, which is located in the garage of a British monarch. 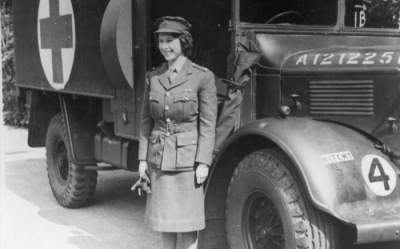 In 1945, 18-year-old Elizabeth, Princess of York, was trained on driver health car and sat behind the wheel of a military truck. The girl registered in “Auxiliary territorial service” – self-defense unit, recruited from female volunteers. 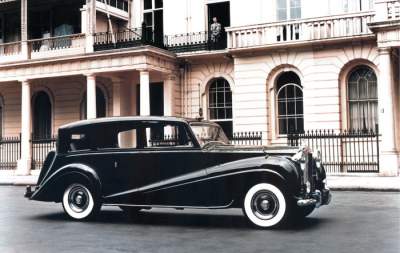 In 1949 Prince Philip, Duke of Edinburgh, husband of Queen Elizabeth II, ordered Rolls-Royce new luxury car. The following year, green car with 8-cylinder engine was delivered to a High customer. When Elizabeth came to the throne, the car was moved to the Royal garage and repainted in the official black-and-Burgundy color.

Even decades later, Rolls-Royce Phantom IV is still in service. In 2011, the car participated in the wedding cortege of Prince William and Catherine Middleton.

For 6 years we have built 18 pieces of Rolls-Royce Phantom IV, the owners of which know millions of people. Among them Princess Margaret, Princess Marina, Francisco Franco, king of Iraq, the Prince of Saudi Arabia, Sheikh of Kuwait, the Shah of Iran. 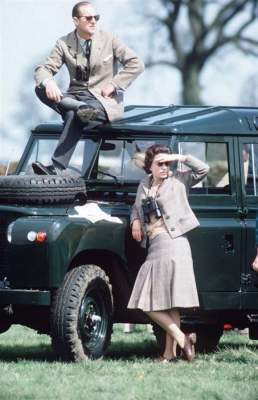 The British Queen Elizabeth II is one of the few still living people on Earth, which drove the very first model of Land Rover. In 1948 the 100th instance of a Land Rover that came down the Assembly line, was donated by her father, king George VI. Five years later Elizabeth bought a military jeep. Since then, the Queen is seen driving this car. 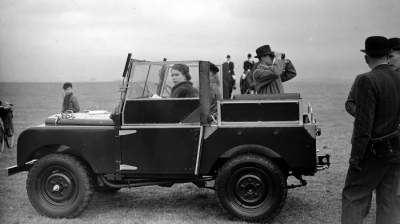 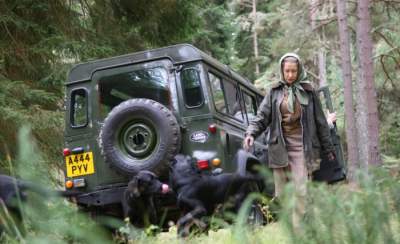 Land Rover seems a long time, stuck in the garage at Windsor castle. In recent years Queen Elizabeth II is seen behind the wheel of a Land Rover Defender 110 2002 with diesel engine. 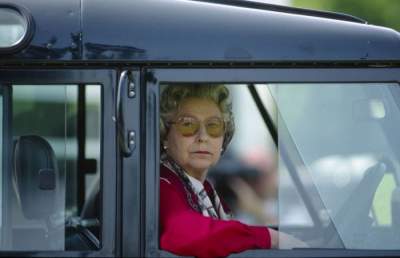 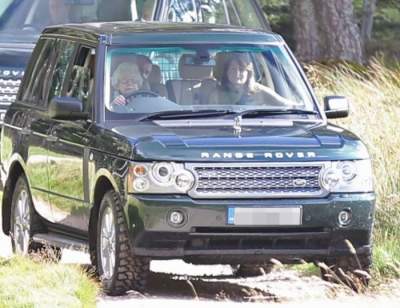 In 1970, the Rover company began producing luxury SUV Range Rover. Not surprisingly, the Royal family began to actively use these cars. 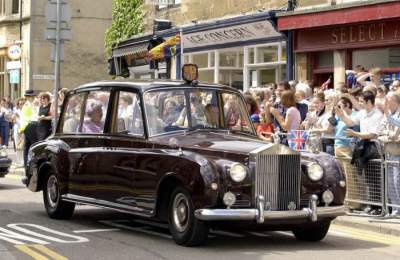 To the 25th anniversary of the reign of Queen Elizabeth II in 1977, “the British Society of car manufacturers” made a gift: a new Rolls-Royce Phantom VI. The car is still in the public service. In 2011, luxury limousine catered for the wedding of Prince William and Kate Middleton. 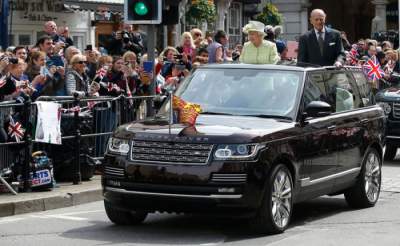 One of the last car “new things” of Queen Elizabeth II, a luxury Range Rover in the rare body landole. The car has a roof that retracts just above the rear row of seats.

Range Rover SUV Laundaulet has become a technological “innovation” in the Royal garage: this car with a hybrid power plant. 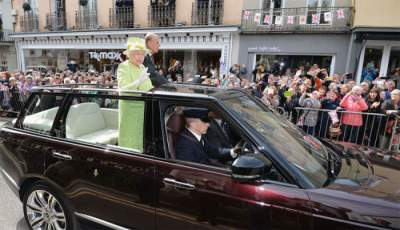 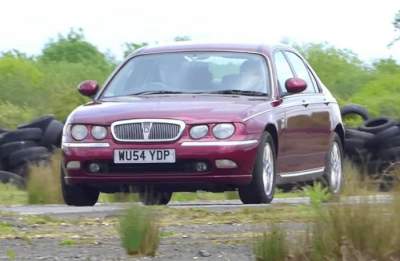 The British automaker Rover is little known in Russia, but in Britain this brand of cars were popular until 2005 when the company went bankrupt. It is known that in 2000 years one of the luxurious business-class Rover 75 drove Prince Andrew, the second son of Queen Elizabeth II. 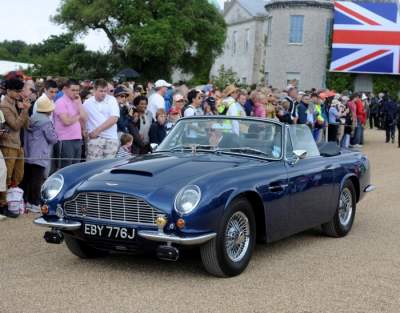 In 1969, Queen Elizabeth gave her 21-year-old son Prince Charles’s blue Aston Martin DB6 Volante. Cars of this model were built only 140 copies, but the machine for the Prince was special because he worked on ethanol (alcohol). A classic Roadster and is now kept in the garage of the Royal family. 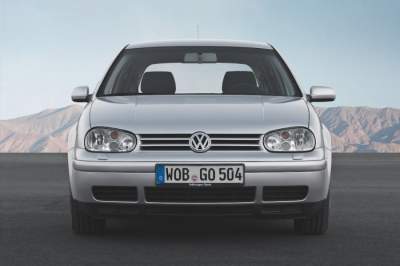 In 1999, Prince William presented the new Volkswagen Golf IV. In one of the best selling cars in Europe he can travel incognito. 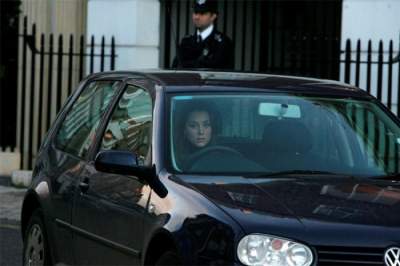 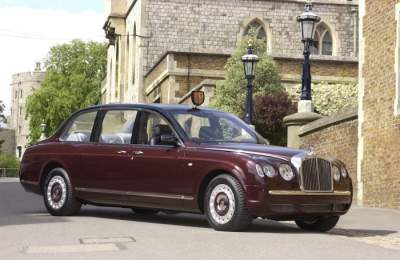 The Royal garage used a lot of unique cars, custom. Two of them are limousine Bentley Arnage R, converted to run on bio-fuel. 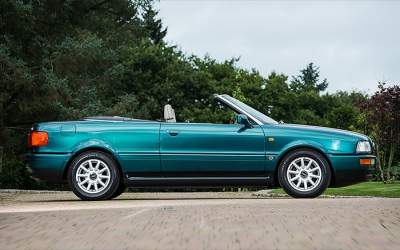 This machine is a little similar to other cars of the Royal fleet, but it has its own story. In 1992, Princess Diana had separated from her husband Prince Charles, she received a gift – a convertible A4 from the British offices of the company Audi. In July 2017 the car was sold for $ 75,000. 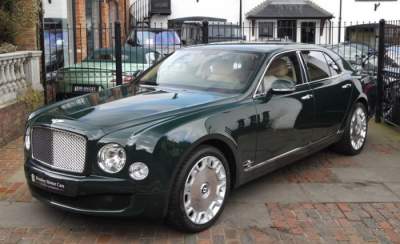 In 2012 to commemorate the 60th anniversary of the ascension of Queen Elizabeth to the throne, Bentley has produced 60 copies of the sedan Mulsanne Diamond Jubilee special version. One of these machines was in the hands of the Queen, becoming one of its cars. Despite the attractive design and luxurious interior of the Bentley, the Queen not long it was used. In April 2016, the car was sold for $ 285 000. 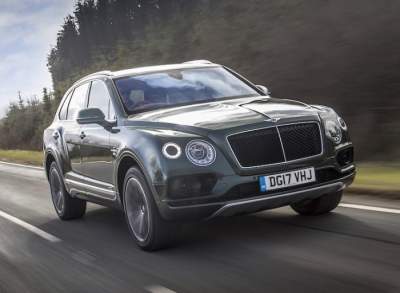 Bentley spent several years and billions of dollars developing an ultra-luxury crossover Bentayga. In 2015, rolled off the first copy, which was in the garage Queen. Dark green car is in Scotland, where it is used for hunting. 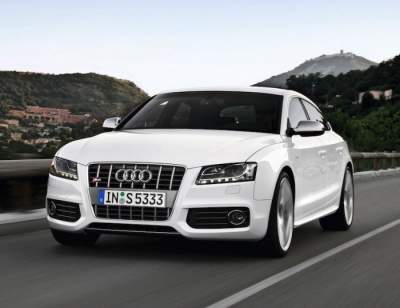 In recent years, Windsor worked closely with the Volkswagen Auto Group. After studying the humble Volkswagen, princes William and Harry got behind the wheel of the Audi A5. William’s family owns several sedans A5 Sportback, and the younger Harry manages dynamic S5.