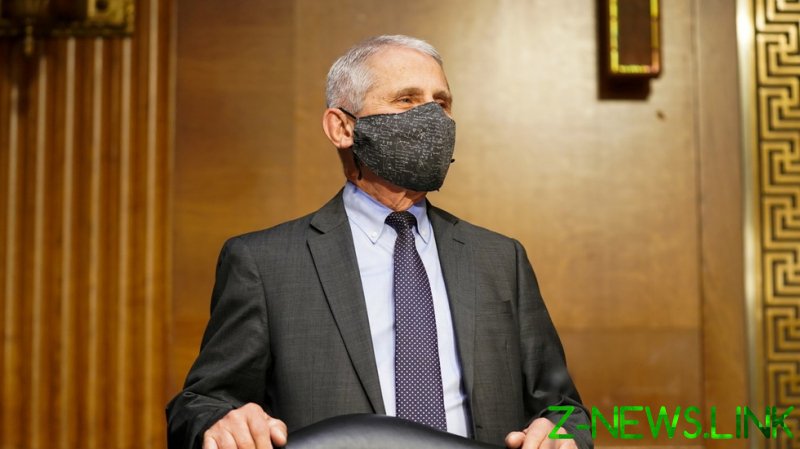 The now world-famous US infectious disease expert made his comments during a virtual commencement address for graduates of Emory University.

“Covid-19 has shone a bright light on our own society’s failings,” Fauci said, noting the health disparities that have affected minorities during the pandemic, especially African Americans, Hispanics, and Native Americans.

Many people belonging to these minority groups work frontline jobs that exposed them, even during shutdowns, he argued, and they can be more likely to be infected because of health conditions such as hypertension, chronic lung disease, diabetes, and obesity, conditions Fauci claims can mostly be attributed to social factors like “access to healthcare” and “availability of an adequate diet.”

“Now, very few of these comorbidities have racial determinants,” he said. “Almost all relate to the social determinants of health dating back to disadvantageous conditions that some people of color find themselves in from birth regarding the availability of an adequate diet, access to healthcare and the undeniable effects of racism in our society.”

The battle to end these “social determinants” will take a “decades-long commitment.”

“Let us promise ourselves our memory of this tragic reality – that an infectious disease disparately kills people of color – does not fade,” he said. “Righting this wrong will take a decades-long commitment. I urge you to be part of that commitment.”

Black and Hispanic Americans have been dying at higher rates than other races from Covid-19 in the US, according to analysis released by the Centers for Disease Control and Prevention (CDC) last fall.

Fauci received the Emory University president’s medal on Sunday, a prize previously awarded to people like former US President Jimmy Carter and the late John Lewis.

While Fauci remains a leader in the White House and to news outlets on the pandemic, he has earned his fair share of critics, especially among conservatives, who have accused him of flip-flopping his position on things such as mask mandates, as well as being too supportive of long-term lockdown measures.

Rep. Warren Davidson (R-Ohio) even introduced legislation, which was cosponsored by Reps. Andy Biggs (R-Arizona), Chip Roy (R-Texas), and Ralph Norman (R-South Carolina), this week proposing the firing of Fauci as the director of the National Institute of Allergy and Infectious Diseases.

The Fauci Incompetence Requires Early Dismissal (FIRED) Act would create a 12 year term limit for the position Fauci has held since 1984.

“Americans have had decades of Dr. Fauci’s leadership, and he publicly failed to respond appropriately to the COVID-19 pandemic. It is time for him to step aside so that new leadership can ‘follow the science’ and start reopening America,” Davidson said in a statement about the proposal.