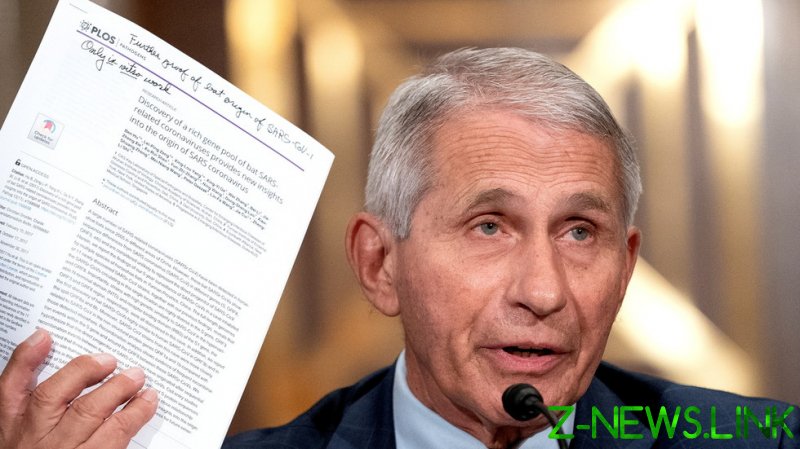 Paul (R-Kansas), Fauci’s arch-nemesis in the Senate, and other lawmakers who have questioned the veracity of his claims are “really criticizing science,” rather than the official himself, the White House medical adviser insisted during a recent interview with CBS’s Face the Nation. He also dismissed the senators’ opposition as “theater,” “nonsense” and “noise.”

“Anybody who’s looking at this carefully realizes that there’s a distinct anti-science flavor to this, so if they get up and criticize science, nobody’s going to know what they’re talking about,” Fauci declared, appearing to insist that those targeting him personally were only doing so because they were afraid to face down science itself.

“If they get up there and really aim their bullets at Tony Fauci, well people can recognize that there’s a person there, so it’s easy to criticize,” the director of the National Institute for Allergies and Infectious Diseases argued.

Citing the NIH statement, Cruz on Sunday insisted Fauci may have committed a felony if he lied before Congress about the subject.