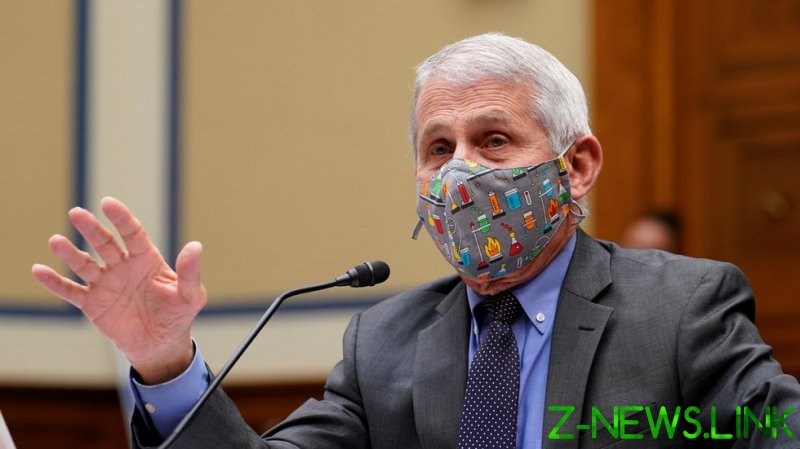 “It’s almost paradoxical that, on the one hand, they want to be relieved of the [public health] restrictions, but, on the other hand, they don’t want to get vaccinated. It just almost doesn’t make any sense,” he told CNN on Sunday.

Fauci has received criticism recently for promoting health restrictions such as avoiding indoor dining and continuing to wear masks in public even after vaccination, leading many to say the health official is feeding into fears regarding vaccines. In his CNN interview, Fauci continued to say vaccinated individuals should continue protecting themselves and others from the virus.

“One can get vaccinated, have no clinical disease at all but get infected, and not even know it,” he explained, adding that someone could “inadvertently transmit it to somebody else who might actually be unvaccinated and get ill.”

Journalist Glenn Greenwald took issue with Fauci asserting that pandemic restrictions and arguments over vaccinations and masks have “nothing to do with liberties,” even comparing the opinion to those arguing for restrictions on liberties in the heat of the War on Terror.

“What Fauci says here is absurd. That COVID is a public health crisis doesn’t mean it ‘has nothing to do with civil liberties.’ Of course lockdowns, mandates, vaccine passports, etc. affect civil liberties. Doesn’t mean those rights should always prevail, but denying that is inane,” Greenwald tweeted.

“What about someone who wants to get vaccinated but has his vaccine appointment cancelled because of unwarranted vaccine hesitance that is most certainly not coming from Republicans?” Tablet Magazine editor Noam Blum added in a tweet, adding to the wave of criticism the government has received for its pause on Johnson & Johnson vaccines after multiple individuals developed blood clots.

Fauci predicted in his interview that the pause on the vaccine would likely be lifted. A Centers for Disease Control and Prevention vaccine advisory panel will be meeting to discuss the matter on Friday.

“My estimate is that we will continue to use it in some form. I doubt very seriously they’ll just cancel it. I don’t think that’s going to happen. I do think that there will likely be some sort of warning or restriction or risk assessment,” he said.

Though he remains a controversial figure in debates stemming from the current pandemic, Fauci is also branching out into other areas he deems “public health”-related, and earning pushback for doing so. On Sunday, he even weighed in on the issue of gun violence in the US, seemingly positioning himself as a figure of authority on the problem.

“When you see people getting killed, I mean, in this last month, it’s just been horrifying what’s happened. How can you say that’s not a public health issue?” he said.