Home / WORLD / Farewell Melania Trump, you never stood a chance as FLOTUS but, like everyone else, you never thought you’d get the job anyway 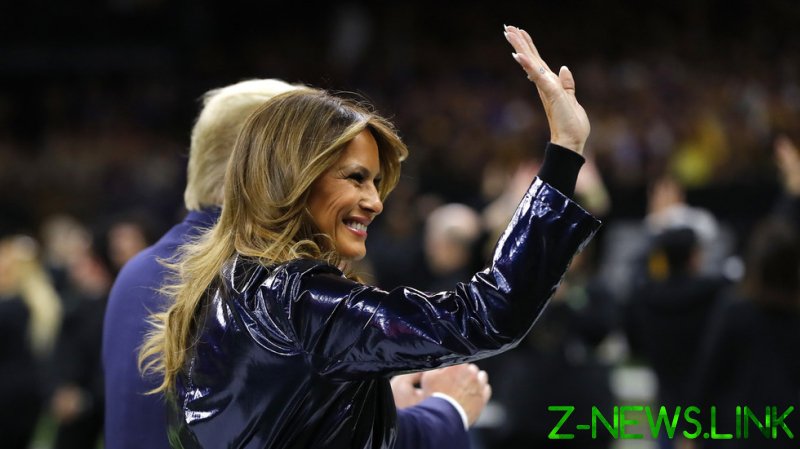 The media worldwide has revelled in giving Melania Trump a pasting over the last four years, with online trolls continuing the diatribe, giving the most unpopular FLOTUS (First Lady of the United States) of all time a raucous raspberry-blowing send-off, spouting the sort of bile and insults only true liberals feel entitled to express without fear of recrimination.

They make fun of her birthplace, her accented English, mock her appearance, call her a gold-digger, a whore and a cynical, classless bitch. None of these people know Melania Trump, but they still feel it’s okay to attack her in the vilest terms and egg on others in spewing vitriol. And these people are the supporters of the next president. Nice.

What has naturally drawn fire, in what could be the final barrage, is the outgoing First Lady’s farewell speech to the nation, in which she rattles off her thanks to all, sharing her love for sick children and those in foster care, for the military families and the usual folk she’s bumped into over the last 1,460-odd days.

All delivered from a presidential podium with the animation of a waitress reciting the daily specials in an echoing, cavernous hall, it hasn’t endeared her to the masses at all and she leaves the White House with the lowest-ever approval rating for a First Lady.

Nevertheless, she has ticked off another box on the list of “Things to Do Before I Leave My Old Home” and can now head off to Mar-a-Lago and finish choosing wallpaper before settling in permanently to her Florida exile while Donald’s off tinkering with his backswing.

What hasn’t figured on her busy list was “Welcoming the new White House couple” which has inflamed the liberati across the world, all suddenly gifted with a complex understanding of arcane manners and etiquette to rival the most charming southern belle awaiting the next dance request at her cotillion.

In choosing not to follow tradition and give her replacement a walk-through of the White House private living quarters, Melania has broken with her predecessors, that’s all. Just like the president did in so many ways during his rollercoaster years in power. It’s not as if she’s left a floater in the downstairs loo for the excited new tenants to discover.

Frankly, what choice did she have about meeting Mrs Biden – whom the MSM insist on calling Doctor –  once her grumpy other half decided he would ditch the inauguration ceremony? The snub was delivered by the President and, of course, she would be expected to back him up no matter how she felt personally.

Somewhere in her farewell address, there is a nagging feeling that by laying on the “kind and generous people” schtick, Melania is attempting to signal a divide, “It’s him, not me” between her opinion and the views held by her husband. But maybe that’s just me?

In his book exploring Trump’s early days, ‘Fire and Fury,’ author Michael Wolff wrote of Melania being in tears on election night back in November 2016. And they were tears of dismay, not delight. She never expected her husband to win the highest office in the US and the shock of victory was too much then and seems to have been a burden she’s carried ever since.

She never came to terms with the unrealistic expectations that the public demands of the First Lady. Americans like their Presidents to be tough, extroverted and confident and their wives something else altogether: humble, warm, charming, family-focused and imbued with a mythologised sense of Americana.

Not some exotic foreign beauty who stripped her kit off for men to ogle her in publications like GQ magazine.

Picking Christmas decorations for the White House is the sort of home-making the US public loves, just like being able to rustle up a pumpkin pie while the kids run riot around a busy kitchen. Melania was not that person. When a former aide recorded her shouting“Who gives a f**k about Christmas!” down the phone, the disconnect was there for all to hear.

Her awkward, off-kilter attempt to prove she cared resulted in the irritatingly ungrammatical “Be Best” campaign. Let me help here, it’s either, ‘Be THE Best” or “Be Better.” It’s not that hard. Someone should have flagged this up, instead of allowing the slogan to become yet another stick with which critics could beat the First Lady.

The campaign was a triumvirate of unrelated issues – wellbeing, online safety and opioid abuse. Not a natural fit in any sense so articulating coherent ideas behind these issues in a convincing manner, a second language and with a nuanced cultural narrative, was always a big ask. In the end, the campaign remained stuck on the tarmac, never really taking off.

As the red mist descended over her husband, the job of being his No1 Fan became impossible. Assumptions took hold that the wife was as mad as the husband and every move Melania made was belittled and trivialised. She was stuck on the rodeo bull unable to dismount gracefully and simply had to hang on for dear life until she was either flung off and landed on her ass or the beast blew itself out.

Melania showed some grit and did hold on but in the end that alone was just not enough.

So it’s farewell FLOTUS 45. We bid adieu to the self-appointed ‘ambassador of kindness,’ the former teenage fashion model who became arm candy to the most powerful man in the world for a time. One thing’s for certain, there’ll never be another First Lady like you.