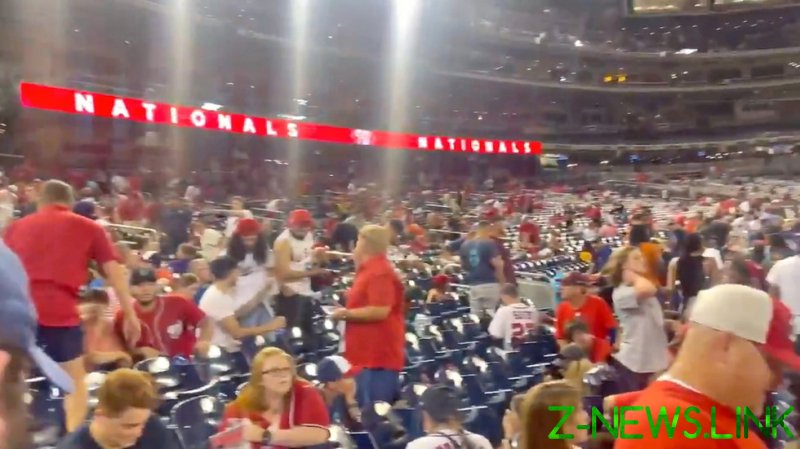 Saturday night’s game between the Washington Nationals and San Diego Padres was cut short after multiple shots were heard in the vicinity of the ball park, as the game was in full swing. The moment that shots pierced the air, sending players off the field, was captured on live broadcast.

DC Metro Police Department reported initially that two people were shot just outside the stadium. “Two additional victims” linked to the incident later checked themselves into hospitals with gunshot wounds. Noting that the investigation was still active, police was quck to assure the public that there was “no ongoing threat” from the incident.

Sounds of the shots sparked mass panic at the stadium, as fans as players scrambled to escape the bustling arena. Videos show players dashing into the stands apparently to take hold of family members and bring them to clubhouse, while spectators can be seen sprinting to the field towards dugouts to take shelter.

As fans set off, the announcer at the stadium asked everybody to stay inside for the sake of safety, but to no avail.

The game was suspended and will resume on Sunday, Washington Nationals announced, saying that they would play two games in a row, with the second game beginning within 24-45 minutes from the first.

San Diego Padres, in turn, said that “their thoughts are with everyone affected by the inciden.”