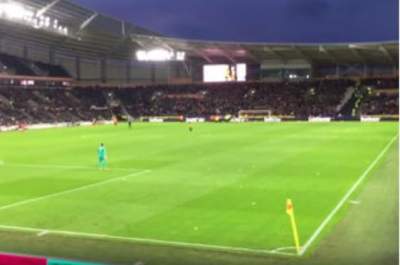 Fans of English football club “hull city”, which is coached by Russian specialist Leonid Slutsky, pelted the field with tennis balls during a game their team “Nottingham forest”.

The meeting of the 14th round of the championship (the second power division championship of England), held on Saturday on hull city ended with the score 3:2 in favor of the guests. On 19-th minute of the match the fans Halla began to throw on the lawn tennis balls, because why the meeting had to be stopped. To remove the “shells” stewards helped the players. The fans in this way expressed their protest against club owner Assem Allam.

Hull city suffered a sixth defeat in this season’s competition. With 16 points, “hull” is on the 17th place in the table.