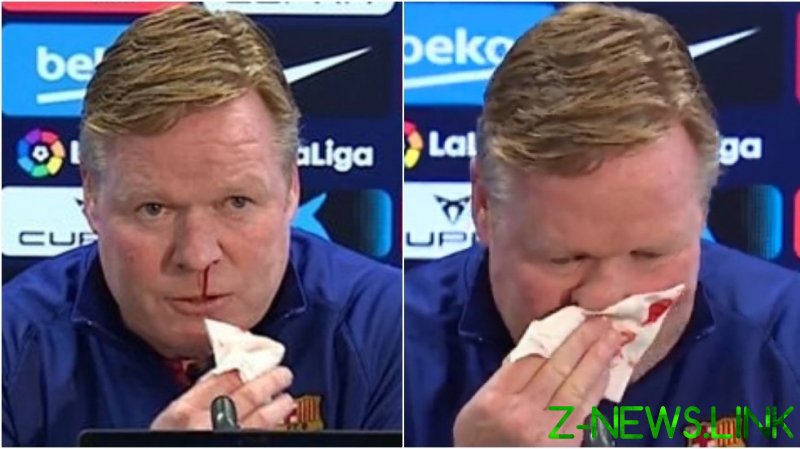 Speaking to the press on Friday, Koeman was seen wiping blood from his nose several times and attempting to continue before having to leave the gathering.

Reports said it was the second time Koeman, 57, had been afflicted by the problem in recent weeks as some sections of the Barca fanbase expressed their concern.

However, the club confirmed that Koeman was fine and it was later clarified that the issue stems from the Dutchman taking blood thinners for a heart condition.

In May of last year, Koeman underwent a procedure in his homeland after suffering heart problems and being rushed to hospital.

“I went on a 64-mile bike ride, came home a bit exhausted, and when I sat down I started to feel terrible,” he would later reveal.

“I had a pain in my chest, I started sweating and went as white as a ghost. I now see how lucky I was. The paramedics who rushed to come out and took me to hospital in their ambulance were brilliant.” 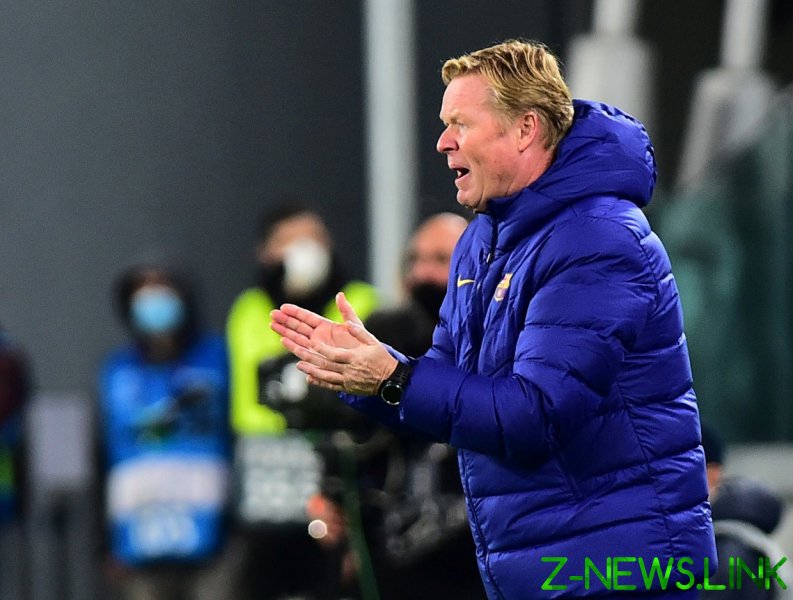 In December, Koeman said of his heart scare: “When things like that happen, or when people close to you get sick, then life does change.

“In my case I had a small stroke and it does make you think about things differently.

“Perhaps managing Barcelona became a case of now or never. I have already been coaching for several years and I don’t want to still be coaching football when I’m 70. This was the right time.”

His tenure thus far has seen ups and downs, including the humbling 4-1 Champions League last 16 first-leg defeat to Paris Saint-Germain at the Nou Camp earlier this month.

In La Liga, the Catalans are third in the table, two points behind Real Madrid and five adrift of leaders Atletico. Barcelona are unbeaten in 14 games and eased past Elche 3-0 on Wednesday.

Saturday’s opponents Sevilla lie fourth, two points behind Barca but with a game in hand, and are on a six-match winning run in the league.

After meeting in Sevilla on Saturday, the teams play each other again on Wednesday at the Nou Camp in the second leg of their Copa del Rey semifinal, where Barca will look to overturn a 2-0 deficit from the first leg.