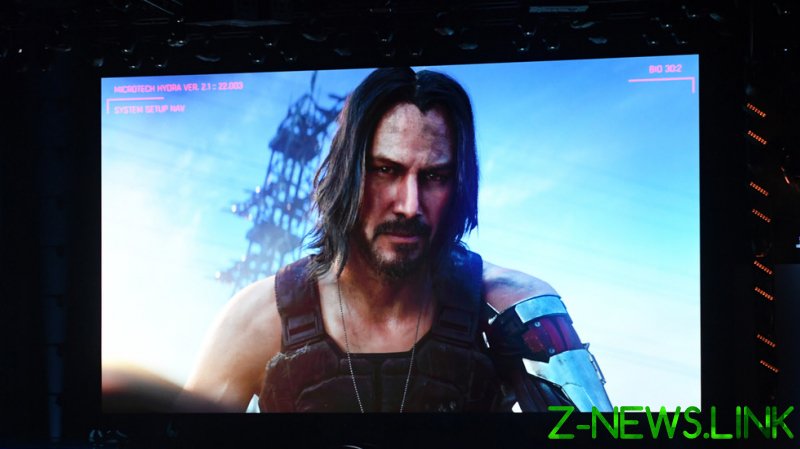 The mod, which allowed players to change the skin of any in-game character – including usable sex robots – vanished from gaming modification website Nexus Mods on Thursday after videos showed the mod being used to swap a sex robot’s skin with Keanu Reeves’ ‘Johnny Silverhand’ character.

Disappointed gamers expressed their dismay over the removal of the mod on social media, with one declaring: “We should be able to ‘bang’ Keanu Reeves.”

“Is there even a point to playing this game anymore?” another user asked, while one gamer suggested the company “should rather focus on fixing the game instead” – a reference to the disappointment some fans felt with the bug-ridden, underwhelming Cyberpunk 2077, after waiting for years to play it.

CD Projekt Red told PC Gamer magazine that its “most important rule regarding user-generated content, game mods in particular, is that it can’t be harmful towards others.”

“In the case of model swaps, especially those that involve explicit situations, it can be perceived as such by the people who lent us their appearance for the purpose of creating characters in Cyberpunk 2077,” the company explained.

Other celebrities who appear in the game include Metal Gear Solid designer Hideo Kojima, a whole range of famous YouTubers, and Elon Musk’s partner, musician Grimes.

Not everyone was disappointed, however. Some social media users supported CD Projekt Red’s decision to pull down the mod, pointing out that it’s “a real person’s face” in the game and that Reeves “didn’t give you or anyone permission” to have sex with him.

“If they allow this mod, do you really think game companies can convince actors (famous ones, at least) to play roles in future games?” a user questioned.