Famous Ukrainian musician became the hero of the project “the Bachelor” 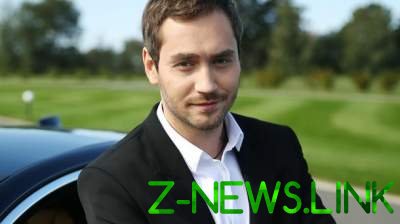 Born of Anusi will look for your love.

The STB has started work on the eighth season of the romantic reality “the Bachelor.” In the draft to find their soul mate is a musician Born of Anusi (stage name ROZHDEN).

“Despite the fact that every song is Born singing of your experiences, in fact no one knows what exactly is going on in his soul. He absolutely does not like any one of our previous protagonists: he thinks outside the box, perceives reality and makes decisions based on purely internal sensations. He rarely talks about his personal life, so I think to participate in our project it will be Oh so easy — will have not only to share but also to live three months in front of millions of audience, reveals the secrets of Anna Kalina. — Nevertheless, we have long wanted a single star, a public figure, the fans who believe that know it well, thanks to the scenic image. But it is not so… They will be something to observe and something to think about in the new season of the show”.

The new Bachelor doesn’t hide the fact that daily experiences increased interest from girls, but finding his only it is very difficult. Largely due to the fact that music is not just takes a big part of his life – it is his life.

“With each new concert I’m giving all of my emotions, they do their texts, trying to convey to people the meaning of what I sing. And after the concert I feel insanely overwhelmed. It feels like you sucked some part, and it is nothing to compensate. At such moments, want to be next to the person who can understand you. But, unfortunately, to find such a person is incredibly difficult. Because it is impossible to explain to another what it feels like to be an artist. Can you explain what a star’s life; can you explain what success is; you may even want to explain what, when you put emotions and is devastated. But it is very difficult to convey to another person that your work does not end at the time of return home; when you walk through the door of the apartment, you blank as if you were still at work. For an artist who truly relates to what it does, it is important to find the right people who can sometimes word, sometimes by action and sometimes just a glance to understand that you are in the struggle not one. Hope none of the girls I meet in the project will be such a person,” explains the Bachelor, its decision to participate in reality.