Famous Russian actor unexpectedly spoke about the annexation of Crimea 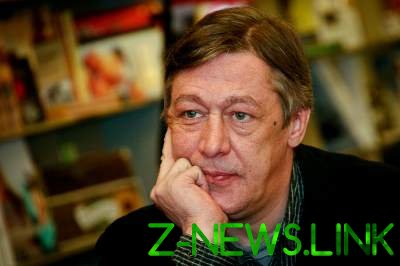 Yefremov told about how he was upset by the annexation of the Crimea.

Russian actor Mikhail Efremov decided not to go in the annexed Crimea to not receive a ban on entry to Ukraine.

He told about it in interview to the Russian TV channel “Rain”.

Host of Hard Day’s Night asked the actor whether he would go to the territory of the annexed Peninsula on shooting a new project.

“Don’t… I’ll wait after all, while Ukrainians exhale or something…If I work in the Crimea, I will not be allowed in Ukraine… Although I practically grew up in the Crimea, and there he began as an artist,” said the actor.

In response to the question as Efremov experiencing the events of the spring of 2014, when Russia annexed the Crimea, he replied: “Very painful”.

“I can’t say that I sobbed into a pillow, but it was not very nice,” – said Efremov.

Some of the artists and singers, went on tour in Crimea or Express support for Russia’s annexation of Crimea, allowed to participate in mainland Ukraine.