Famous cars that is recommended to avoid the secondary market 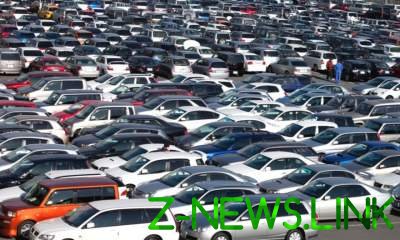 In the secondary market represented a great variety of cars a variety of makes, models, years of release and modifications. However, choosing a used car, the inexperienced buyer may run into a frankly unsuccessful or very costly in maintenance of equipment.

Especially if you have to choose among brands who have all “heard”. And even more difficult to define a machine that can last for years without breakdowns and accidents.

Submitted 5 cars after purchase which you will almost certainly get a lot of problems.

In 2011 the German company Audi has presented the updated version of the popular A4 sedan. The car was fixed the problems of the previous model, in particular, frequent breakdowns of the engine and electrical system. Therefore, experts say that you should not buy used Audi A4 2009, 2010 and 2014.

Big American pickups, the Chevrolet Silverado are available since 1998, and has become popular in the United States. But these machines have their drawbacks. Heavy (Heavy-duty) models 2015-2016 discovered problems with the engine, suspension and sound insulation. Drivers older copies of 2011 and 2012 faced with breakdowns in fuel and brake systems.

In 2013, debuted the fourth generation of the popular crossover the Nissan Pathfinder. In addition to the regular enhancements, the car has received a number of problems, including braking system and airbags. As a result, models 2013 and 2014 are considered to be unreliable, and experts recommend to avoid them in the secondary market.

For many years the Ford Focus is one of the most sold cars in Ukraine and Europe. But even this model has problems. The owners of the machines 2012-2016 model years often suffer from problems with the transmission.

Buying Mercedes-Benz car, the driver expects to receive not only a high level of comfort, but also outstanding German reliability.
Unfortunately, with the last GL-class is not all good. According to statistics, crossovers 2013-2015 suffer from many problems, so when choosing used cars the experts recommend to look at another model.