Family suspect a fatal accident in Kharkov made a loud statement. Video 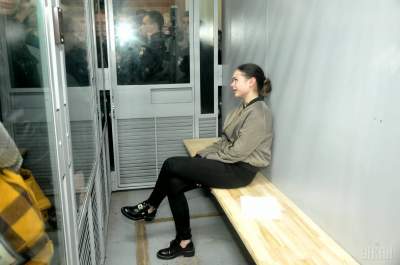 Family Zaitseva financial promises to help everyone injured in the accident in the center of Kharkov.

After long negotiations with relatives of Elena Zaitseva, the driver of the Lexus who hit 11 people in the center of Kharkov on 18 October, the journalists managed to obtain from the family Zaitsevs comment about the incident.

So, the local edition “City patrol” issued a statement “uncut”. “This is my first appeal. A terrible tragedy that claimed the lives of the people. A Volkswagen car hit the car, which was our daughter. From strong blow the car has thrown on people at the intersection. What words can convey the horror and sorrow for the fallen victims. We are kneeling we are sorry for the daughter with relatives of those killed and injured in this terrible accident.

All we can do for the families – we do. Raising funds and are ready to provide all possible financial assistance.

This terrible grief and no words to Express feelings when you lose loved ones. We hope that the court will understand in this terrible accident, as there were two members and two cars. We will accept any fair court. This is a terrible grief to the loved ones of the victims and for us.”

As it was reported, in Kharkov on 18 October after a collision with “Volkswagen” the car “Lexus” took off on the sidewalk where there were people. The accident killed five people, six more were injured. Open criminal proceedings under part 3 St. 286 (violation of traffic safety or transport operation by persons who direct vehicles) the Criminal code of Ukraine. The sanction of article provides till 10 years of imprisonment.

On 20 October the court decided to detain for two months, 20-year-old Zaitseva, driving a “Lexus”. According to investigators, the materials produced sufficient evidence that the actions of the girls led to the accident. In a press-service of Prosecutor’s office of Kharkiv region reported that Zaytsev at the time of the accident was under the influence of opiates.