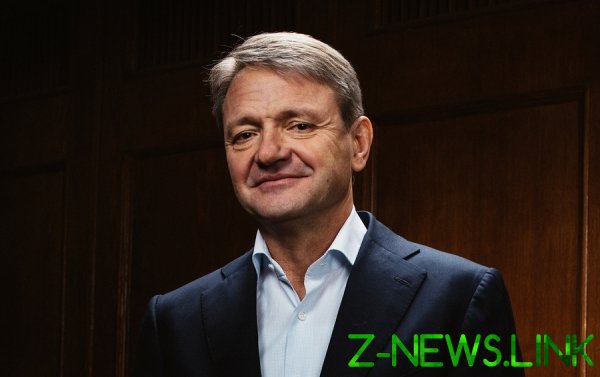 Land expansion of the agricultural holding belonging to the family of Alexander Tkachev, ended with the resignation of the latter from the post of Minister of agriculture. However, this did not prevent the holding become the richest landowners of Russia

Villagers can be proud of: created 26 years ago in the village of Vyselki of Krasnodar territory “Agrocomplex” to them. N. I. Tkachev took first place in the ranking of the most expensive land in Russia. Forbes estimated the land assets of the company, owned by relatives of former Minister of agriculture Alexander Tkachev, to 68.5 billion rubles. General Director of “Agro” Eugene Twig did not comment on this assessment, citing commercial secrecy. About the same and reacted to Tkachev, he said that he had no time to delve into the method of calculation of the rating.

To build the family’s agricultural business began by his father, Nikolay Ivanovich, head of the feed mill in the Settlement. In 1990, with the support of the first Secretary of the Vyselkovsky district Committee of the CPSU Alexey Klimov head of the company was elected the son of Alexander Tkachev, and the father became his Deputy. After the privatization of the controlling stake of the plant was in the hands of the future Minister and his family members, on its basis in 1993 and was created by “the Agrocomplex”.

The composition of the shareholders of the company since then was not disclosed, but in 2015 Tkachev admitted that it belongs to his relatives. Agrokompleks actively absorbed Krasnodar agricultural enterprises in the 1990s, however, the peak transactions occurred in the period when Alexander Tkachev worked for the state. In 2001, he became the Governor of the Krasnodar territory, in 2015-2018 was Minister of agriculture. From 2001 to 2018, when Tkachev has lost a Ministerial chair, the land Bank of “Agrocomplex” has increased from 80,000 ha to 650,000 ha (in 2015-2018 increased by 150 000 ha).

Among the largest deals — the acquisition in 2014 of “Wimm-bill-Dann” five farms with a total area of 30 000 ha and 40 000 ha of the state company “the North of Kuban”, which was previously controlled by the gang Tsapkov who committed mass murder in the village Kushchevskaya in the fall of 2010. GK “the North of Kuban” has ceased to serve a debt to the agricultural Bank (about 7 billion), “the Agrocomplex” have taken over these obligations, restructured them and received land Tsapkov. At the end of 2014, the firm Tkachev has agreed to purchase 14 farms of the holding Valinor in the Rostov region and Stavropol region with a total area of 170 000 hectares. the Company owes about $600 million to Russian banks, “the Agrocomplex” in this case was able to negotiate with creditors and took the assets themselves.

How did “the Agrocomplex” to consolidate the land? The company has been suspected of the use of force impact on competitors. For example, as wrote Forbes, in the fall of 2005, the plant “Kristall” of the company “Russian sugar” in the Settlement was surrounded by temporary posts of traffic police who simply did not pass on the company trucks with beets. In fact, the work “Crystal” was stopped, later he was charged with six administrative Affairs. In March 2006 the plant became “the Agrocomplex”. To the company’s use of the administrative resource was pointed out, and the competitors operating in the region. The Chairman of SPK “collective Farm them. S. M. Kirov” Ivan Yaroshenko told Forbes that other companies subsidies and grants issued by the state, is not reached. “It does not envy ours, it is a disadvantage. Everywhere present administrative resource”, — he said.

In 2010 in the “Agro” entered “the field” and “Dawn”, the latter at that time an independent company in his hometown of Alexander Tkachev, Vyselkovsky district. As wrote “Kommersant”, the owners of “field” at the end of the transaction received only 0.25% “Agrocomplex” owners “of the Dawn” — 0,15%, and the family Tkachev — about 18 000 hectares, increasing its land by 20%.

See also:  Rosseti will pay dividends in the amount of 5 billion rubles

A positive role in the fate of Alexander Tkachev and his family’s business has played in the Sochi Olympics. “…The Olympics in Sochi at the top was considered to be successful and recognized in it a considerable merit Tkachev, who headed the region during the preparation and holding of the Games. In the Kuban began to talk that Sochi-2014 has opened before Tkachev unlimited possibilities”, — told the newspaper “Vedomosti”, the owner of a large agricultural holding. According to him, it was after the games the company of family Tkachev began an aggressive buying up of agricultural enterprises for loans of Rosselkhozbank and Sberbank.

In agribusiness suspicions of pressure on the contractors deny it categorically. “This is nonsense. Counterparties who sold us the assets, you do fully confirm. All transactions in the market, and I’m offended on the market that is not met, I like you. So everything else is just speculation,” said Forbes of the Stick.

In 2018, the area of land “Agrocomplex” has only increased by 5,000 hectares. the company attributed the small growth to the fact that in the South of Russia ended in interesting assets at a reasonable price. “Everything that can be used to purchase within a reasonable economy, we bought,” says Eugene Stick. In other regions, according to him, the company has no plans to leave: “We believe this is manageable when we’re around”. Alexander Tkachev, who now heads the Board of Directors of “Agro”, in an interview with Forbes, he said that it is not engaged in operational management.