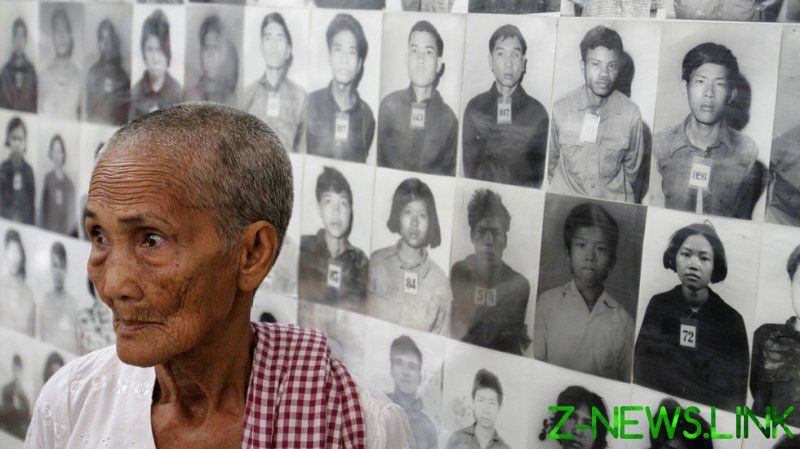 VICE’s interview with Matt Loughrey, originally published on Friday, contained images from Cambodia’s Tuol Sleng prison, also known as S21, where thousands of people were tortured and killed between 1975 and 1979. However, the photographs were not only colorized, but also edited, with the artist adding a fake smile to the victims’ faces. No original images were published alongside the altered ones.

The artist, who apparently claimed he was in close contact with the victims’ families while he was working on this project, had in fact never been in contact with the rightful owners of the photographs, Cambodia’s Ministry of Culture and Fine Arts (MCFA) said in a statement on Sunday. “MCFA does not accept this kind of manipulation and considers this work of Matt Loughrey to seriously affect the dignity of the victims, the reality of Cambodia’s history,” it said, calling on the media to remove the images. Cambodia might consider taking legal action, both national and international, it added.

Having been contacted by several media agencies, the artist declined to comment. However, in an alleged screenshot of a private message, he seemingly doubled down on the claim that he “worked with” the relatives and that some of them “requested their relative to smile.” In the same message, he appeared to suggest VICE put his words out of context, claiming that one French outlet managed to do a better job at presenting the altered photos.

While the text of the VICE’s interview did mention Loughrey speculating that the prisoners might have been smiling in some of the photos due to “nervousness,” it never revealed the fact that the people in the images selected for the story did not have smiling faces in the originals.The latter has apparently been confirmed by an army on internet sleuths, who began posting black and white originals from the museum alongside the “enhanced” mugshots.

VICE eventually took the entire article down, replacing it with an editorial note saying that “The story did not meet the editorial standards of VICE and has been removed. We regret the error and will investigate how this failure of the editorial process occurred.”

However, critics on social media were not satisfied with the ‘non-apology’. Numerous outraged readers have called the published works “insulting,” “disgusting” and “falsifying history.”

It quickly turned out that the bizarre approach to “restoring” old photos was Loughrey’s “thing” for quite some time, and he’s apparently dubbed it “service with a smile.”

An online petition that was originally created to pressure VICE into removing the story is now demanding a proper apology.

“Minimising the pain and trauma of our community by those who are not connected to the experience is not only revising and erasing history, it is a violent act,” the petition, which has been signed by over six thousand people, says, also calling on the artist to “stop using photos of Cambodian genocide victims for your experimentation and entertainment.”

At least 1.7 million people were killed during the rule of the repressive Khmer Rouge regime led by Pol Pot. While some of them died as result of dislocations and forced labor, others were tortured to death in prisons and camps. Between 14,000 and 17,000 people, including children, were sent into the infamous S21 prison, where many of them were photographed before executions. Only seven of its prisoners survived.