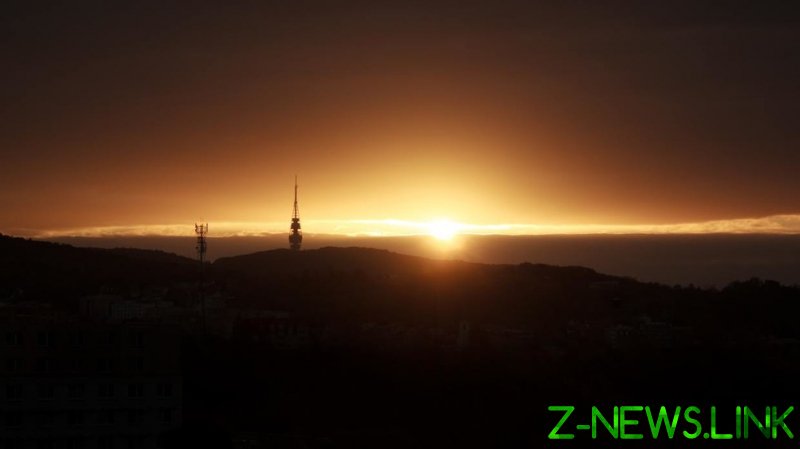 Also known as ‘zodiac light’, the false dawn phenomenon is a band of light that appears just after sunset and is at its brightest for people living in the northern hemisphere in March and April. In the southern hemisphere, the effect is most notable after sunset in the late summer and brightest before sunrise.

Scientists had thought it was caused by dust in space that came from asteroids and comets as it was illuminated and reflected by the Sun. Now, Danish researchers who designed the navigational system on NASA’s Juno mission to Jupiter say the dust particles actually hail originally from Mars.

The team from the Technical University of Denmark had designed and placed four cameras to be used to navigate the Juno orbiter for its launch in August 2011. The craft has been orbiting Jupiter since 2016.

While traveling to the gas giant, the orbiter passed through a dust storm – but only now have the researchers had a chance to analyze the findings. The dust particles hit Juno with force but were too small to be initially picked up on the cameras.

Professor John Leif Jorgensen, who co-authored a study in the scientific journal of Geophysical Research published online on Tuesday, told TV2 that there were so many small objects, it looked as if someone had shaken a tablecloth full of bread crumbs out the window. His team found at least 23,000 pieces when they analyzed the recordings.

The team calculated that because of where the material hit Juno along its journey to Jupiter, it had to be dust escaping from the gravitational field of the red planet.