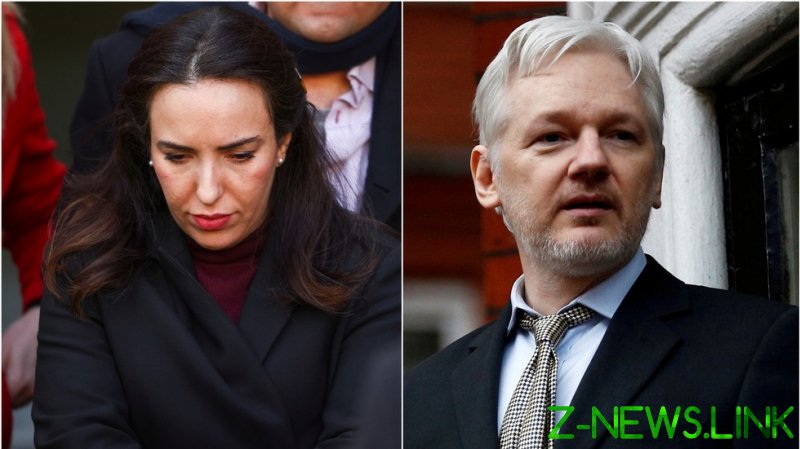 A recently created Twitter account supposedly belonging to Ecuadorian FM Manuel Mejía Dalmau posted an “URGENT” message on Wednesday declaring “diplomatic sources in London” had reported “the news of the death of Julian Assange,” the Wikileaks founder’s partner Stella Moris revealed on Wednesday, posting a screenshot of the tweet that noted the report was “unconfirmed.”

Moris quickly dismissed the rumor, saying Assange had spoken to his lawyer Gareth Peirce and confirming he was “okay.” However, she added that she’d “been through hell” and demanded an explanation from Ecuador’s FM – the alleged owner of the @MejiaDalmauEc account that posted, then deleted, the tweet containing the “unconfirmed” news of Assange’s passing.

Another user pointed out that Ecuadorian President Lenin Moreno had referenced a different Twitter account entirely in a post on Monday in which he congratulated Mejía Dalmau on his promotion to Minister of Foreign Affairs.

Moreno had tagged an account, @MANUELMEJIAD, created in November 2010 whose tweets were protected. That account had just 128 followers and followed 40 people as of Wednesday afternoon, while the newer account that shared the false news of Assange’s death had been created in February 2021 and followed a whopping 1,973 users, though its own relatively anemic follower count included just 234 users. Both accounts featured photos of Mejía Dalmau in a blue-grey suit with a purple tie.

Assange’s extradition to the US to face espionage and hacking charges was blocked in January after a judge ruled the Wikileaks founder’s life would be at risk. While Judge Vanessa Baraitser aligned herself with US authorities’ claims that the publisher’s decision to release carefully vetted classified documents sent to him by military intelligence analyst Chelsea (then Bradley) Manning in 2010 and 2011 did not qualify as journalism, Baraitser cited evidence presented about Assange’s mental health in arguing it would be “oppressive to extradite him to the United States.”

Later on Wednesday afternoon, the FM account that published the “unconfirmed” news of Assange’s death had been deleted.

The Wikileaks founder has been locked up in the UK since April 2019, when the Ecuadorian government that had granted him asylum in its London embassy rescinded that offer, allowing British police to physically remove him from the premises.