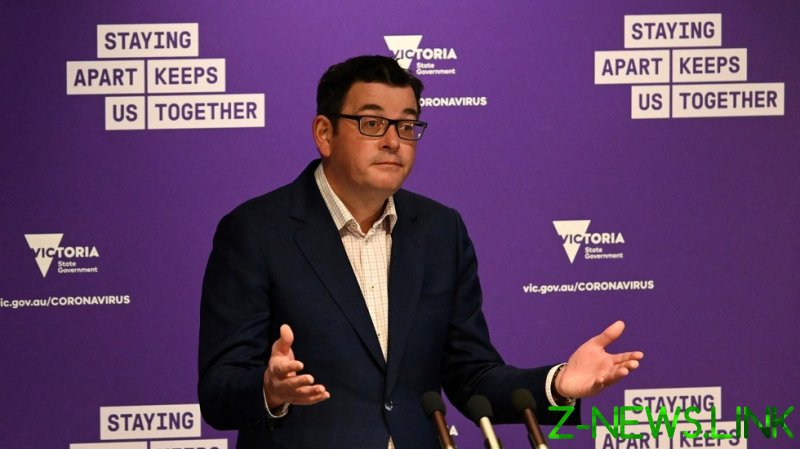 Andrews announced a seven-day statewide shut down on August 5 in response to the “wastewater detection” of Covid-19 in Wangaratta, a rural city about 236km (147 miles) from Melbourne. The discovery creates the “potential that regional Victorians have been exposed to Covid-19,” Andrews explained. The decision to widen restrictions to include the whole state was designed to “keep regional Victoria safe,” the premier added.

The order means that, apart from emergencies and grocery shopping, Victoria’s citizens are required to remain at home. Public gatherings are prohibited, with people only able to meet one person in their social circle. Educational institutions will also revert to online teaching.

Australians soon began to vent on social media about Andrews’ debunked coronavirus sewage. By Friday afternoon, “#FakePoos” was trending, with countless tweets calling out the premier for locking up the entire state on specious grounds.

The uproar eventually forced Andrews to admit his reasoning stank.

“We apologize. We try to get the best information out as quickly as we can. Nothing is perfect and no one has ever pretended that it is,” he said on Saturday. However, the premier stressed that the non-existent Covid wastewater in Wangaratta was “not the only reason why people are locked down across the state.”

Despite Andrews’ insistence the lockdown was still necessary, Australians continue to argue that the current data doesn’t justify such severe blanket restrictions.

According to media reports, the lockdown is set to be extended. Judging by ongoing Twitter activity, this could mean more #FakePoos directed at Andrews, with some Aussies expressing the hope that the cheeky hashtag will take off across the country.