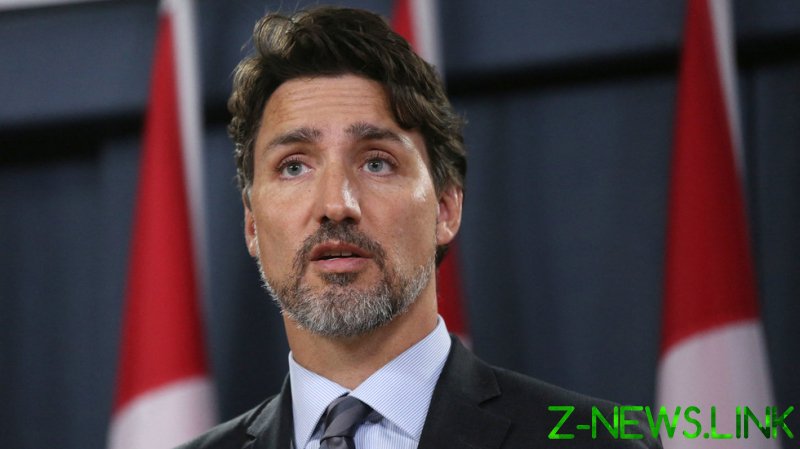 Just weeks post federal elections, the muppet PM of Canada, Justin Trudeau, has given up all pretense of being a serious politician and instead returned to his norm of idiocy, offensive gaffs, scandals, and increasing the authoritarianism Canadians have endured the past 18+ months (but which Trudeau and other leaders have flouted).

On September 30, the day of Canada’s newly-established National Day for Truth and Reconciliation, instead of himself abiding by the words of his (clearly-scripted and hollow) statement, Trudeau skipped off West to hit the waves and walk on the beach with his wife and kids.

The statement included Trudeau inviting Canadians, “to reflect on the painful and lasting impacts of residential schools in Canada, and to honour survivors, their families, and their communities,” and, “to remember the many children who never returned home.”

This he did by ignoring requests of Indigenous communities to visit, instead opting for family fun time in Tofino, a holiday town on Vancouver Island.

This is hardly surprising, given he is merely the face of the government of Canada, the same government which has paid lip service to caring about Indigenous peoples, but continues to allow many communities to boil contaminated water rather than solving the dangerous health issue.

Trudeau’s choice to go surfing on the very day of the first year of the National Day for Truth and Reconciliation, was, in my opinion, him revealing how little he cares for the issues he feigns concern over.

A week later, he donned his pretend-sincere face and uttered the empty words, “Travelling on the 30th was a mistake and I regret it.”

Nah. He doesn’t regret it, he regrets getting caught. Or as a survivor of the genocidal ‘residential school’ system said, “this just shows us survivors that he doesn’t actually want to meet with us. He’s just hoping that we will just disappear into the sunset.”

Last July I wrote of the sudden media attention regarding the horrific issue of the Canada-wide ‘residential schools’, where starvation, torture, and sexual, physical and mental abuse were rife.

In a follow up article, I cited an interview I conducted with Roland Chrisjohn, a PhD-educated clinical psychologist and head of the Native Studies department at St. Thomas University in Fredericton, New Brunswick, who spoke of Canada’s long history of covering up the crimes against Indigenous children imprisoned in the ‘schools’.

Trudeau’s latest failure to show any semblance of genuine remorse over these crimes was noted in the backlash on social media, including in response to his virtue-signalling tweet after the fact.

From crass to crazy

More recently, Trudeau took to Twitter tweeting about “lighting candles to honour Indigenous women, girls,” and adding his own version of inclusivity, 2SLGBTQQIA, that left even the wokest confused, and many mocking his idiocy.

The 2SL of that Trudeauism apparently referred to ‘Two-spirit’, or “a person who identifies as having both a masculine and a feminine spirit and is used by some Indigenous North Americans to describe their sexual identity.”

Although Team Trudeau thought they were ahead of the woke game, he instead, once again, looked like an idiot in a suit pretending to be a leader.  One whose Twitter settings should include parental guidance, for his own good.

While the PM might garner a tad of sympathy from charitably-minded people who perhaps, mistakenly, think the guy has his heart in the right place but keeps mucking up with his idiotic gaffes, many Canadians are rightly pissed off by his, and Canada’s, authoritarian streak over the past two years.

Ontario has had one of the longest and most brutal lockdowns in the world – though the tyranny in Australia has superseded that of Ontario.

Earlier this year, Canada decided to re-invent science and declare that natural immunity to Covid-19 isn’t acceptable, only the fast-tracked Big Pharma jabs, meaning that many Canadians, myself-included, cannot return to Canada.

In the leadup to the rushed election, Trudeau said unvaccinated citizens should be banned from planes, trains & buses, and called on the populace to shame and condemn the anti-vaxxers as a “danger.”

This week, Trudeau announced Canadians aged 12 and up will be forced to be jabbed in order to travel.

And Trudeau’s government will tighten the noose further, implementing prison-state rules about travel by the end of November: only fully vaccinated Canadians can travel.

This is unsurprising to those who have followed Canada’s not so subtle slide towards tyranny. Nor is it surprising after over a year of Covid-19-related psychological operations against the Canadian people, with the intent of “shaping and exploiting” information, discouraging civil disobedience, and boosting confidence in the government’s narratives on matters pandemic.

Although I believe that whoever the muppet leader of Canada is, the policies would largely be the same, the Trudeau brand is truly repugnant.

Canadians are doomed with years more fake, woke and authoritarian non-leadership, with no imminent solution in sight other than mass civil disobedience. But sadly, the combination of idiotic and distracting identity politics and the media fear mongering will ensure that this does not happen.