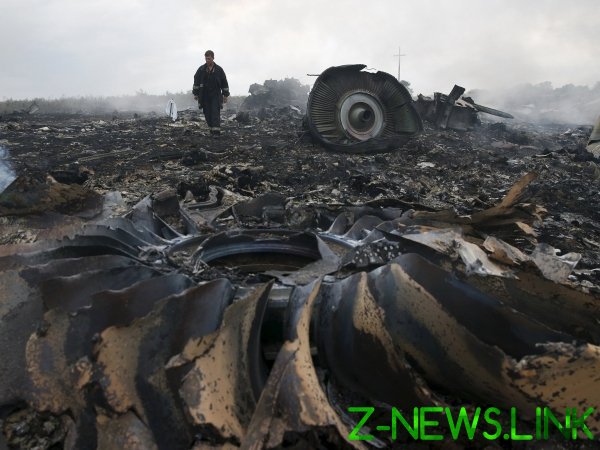 Fake, the Russian foreign Ministry: Dutch investigators ignore all Russian certificates in the case of MH17 and did not investigate the role of Kiev

RIA “news” in the article entitled “Ministry of foreign Affairs in the Netherlands really did not investigate the role of Kiev in MH17 case” reports:

“We have repeatedly expressed surprise at the fact that the materials transmitted to us, it was ignored, it was declared fraudulent. At the same time without any issues, on faith, the case involved data from dubious sources, including that provided an obviously interested party — Ukraine. However, it wasn’t carried out a real investigation of Ukraine’s role in MH17 crash — in connection with the Ukrainian authorities closed the airspace for flights of civil aircraft over the conflict zone,” said Paramonov.

A joint investigation group (SSG) under the leadership of the Prosecutor General of the Netherlands without the participation of the Russian Federation is conducting an investigation into the crash, later presented the intermediate results. The investigation claims that Boeing was shot down by anti-aircraft missile complex “Buk”, belonging to the 53rd antiaircraft missile brigade of the armed forces of the Kursk. As stated by RIA Novosti Deputy Prosecutor General of Russia Nikolai Vinnichenko, the Russian side handed over to the Netherlands not only the data of the Russian radars, but also documentation showing that the missile SAM “Buk” that struck the Boeing belonged to Ukraine, but this information, the investigators ignored.

The Russian foreign Ministry said that the accusations of SSG in the Russian involvement in the collapse of the Malaysian Boeing unfounded and regrettable, the investigation is biased and one-sided. <…> All of the rocket engine which showed the Dutch Commission for the investigation of the crash MH17, was disposed of after 2011, said the Ministry of defense of Russia”.

In reality, the situation with the closed Ukraine air space has long been clarified: we can talk only about its moral responsibility for the absence of such decision, but not legal. International legal norms that require to close for flights the airspace over the combat zones, does not exist.

The security Council of the Netherlands report on the results of the technical investigation, published in 2015, pointed out that during the armed conflicts in Mali, South Sudan, Libya, Iraq, Egypt, Afghanistan, Somalia, Yemen, Congo and Syria airspace at a cruising altitude of Airliners is not closed. Ukrainian regulator “UkSATSE” raised the minimum altitude over the zone of conflict, based on their data about the existing participants of the arms; apparently he did not anticipate that there will be a SAM “Buk”.

In the same report stated that Russia closed airspace bordering the conflict zone areas only from midnight on 17 July, 2014 — 17 hours before the disaster MH17. Aviation expert Vadim Lukashevich in an article published in Forbes in 2017, said that Ukraine increased several times the minimum allowable altitude of the flight, Russia has not taken any measures. July 14, Ukraine established a minimum altitude of 9754 m in Russia from July 17 to suddenly closed its airspace at a height of 16 to 150 m, that is, in fact at any height, available for civil aviation. At the request of the Dutch side about the reason of such decision the Federal air transport Agency said that the purpose was “to harmonize restrictive measures with adjacent airspace of Ukraine”. On the question of why in this case, the minimum acceptable height is so exceeded by Ukraine, the Russian side said nothing.

The main question in the case about the crash of MH17, of course, is not associated with uncovered airspace, and with who, and under what circumstances the plane was shot down. Russia in September 2018 really sent a Joint investigation team information about that missile, fragments of which were found near the crash site, after the collapse of the USSR went to Ukraine, and since then did not fall on the territory of Russia. The response of the Dutch Prosecutor’s office was restrained: she said that carefully examine the data presented, noting that Russia has already passed SSG false information. Proven that submitted by Russia shortly after the crash radar data showed the presence of Ukrainian fighter jet, moving towards the Malaysian airliner, were rigged.

The story of rocket No. 9Д1318869032, fragments of which have been found close to the crash site, is very vague. SSG presented the fragments at a press conference in may 2018. According to unofficial sources, they were purchased from one of the residents controlled by the separatist region. In September of the same year, the Russian defense Ministry announced that the missile with the same room number for the military unit, after the collapse of the Soviet Union which became part of the armed forces of Ukraine.

SSG never claimed that the fragments of the missile that brought down MH17. The author of the historical works of mark Solonin, the first profession an aeronautical engineer, believes that the rocket debris, trapped in the aircraft and exploded, must look completely different. From the presented missiles are not damaged power frame, which is a few inches from the warhead, and this despite the fact that the explosion was so strong that it tore off the bow of a huge widebody. Solonin believes that this missile has undergone a training run without warheads or launch engine on the test bench. According to this version, the wreckage of the rocket readable number was deliberately planted on the investigation through a citizen of so-called DNR.

Examination of the evidence proving that the launcher “Buk” were in the conflict zone from Russia, and after the death of MH17 were returned, so seems to be skeptical of the Russian version of a Ukrainian rocket. The consequence collected a lot of evidence, including photos and videos, allowing to trace the path of SAM. The Russian foreign Ministry stated that it has evidence that the video showing the movement of the launcher in separatist-controlled area was fabricated. But, as noted by the founder of Bellingcat Eliot Higgins, evidence of movement, “Buck” began to appear in social networks before the disaster MH17, and published them to users whose accounts have existed for years. That is, if they were falsified, it would mean sophisticated large-scale conspiracy, which began to prepare long before the sinking of the liner. In addition, the “Buk” moving along a prescribed investigation route, visible from satellite images, presented one of the largest companies in this area DigitalGlobe. No evidence of movement of “Buk” on the territory controlled by Ukraine, not detected.