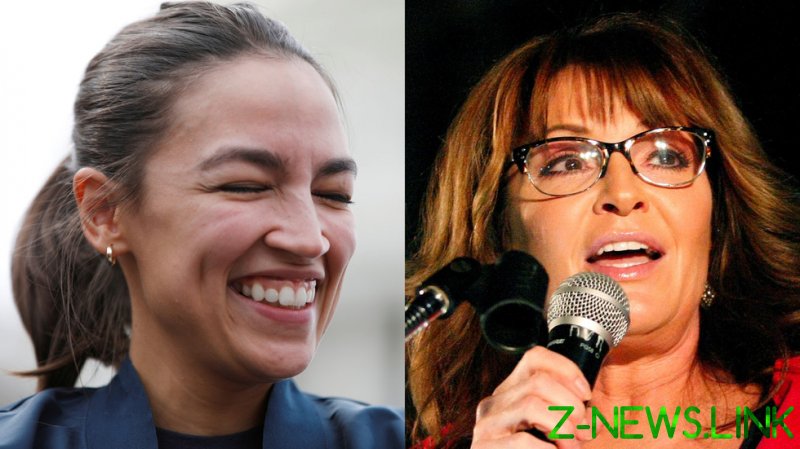 Democrats have risen up in opposition to the new law in Texas, which bans abortions after six weeks of pregnancy, after a heartbeat could be detected. In a recent interview with CNN’s Anderson Cooper,  Ocasio-Cortez (D-New York) said Abbott is coming from a place of “deep ignorance” because he doesn’t understand how a “menstruating person’s body” works.

“If he did, he would know that you don’t have six weeks,” the democratic socialist congresswoman said, noting that six weeks pregrant means that a woman is late on her period for two weeks, which can happen for a variety of reasons, including stress and diet changes. This feature of biology, she suggested, can lead to a person being unaware of her pregnancy until later in the term.

“He speaks from such a place of deep ignorance … and it’s not just ignorance, it’s ignorance that is hurting people across this country,” Ocasio-Cortez said.

During a Fox News appearance on Thursday, former Alaska governor and John McCain’s running mate in 2008 fired back, labeling the Democrat a “fake feminist.”

“Wow, AOC, she’s really milking this, isn’t she?” Palin said. “She’s such a fake feminist that she would bring up an issue like this and try to use it to make some kind of political point.”

Ocasio-Cortez is “milking the whole female thing” and should be “embarrassed” Palin said.

Ocasio-Cortez did not hold back, responding with a short video informing Palin to call “1-800-CRY-NOW,” and noted her raising money for abortion providers in Texas as proof she is not a “fake feminist.”

Others chalked the exchange of low blows over the Texas law as just further proof of how “unserious” politicians can be.

The Biden administration announced on Thursday a federal lawsuit challenging the Texas law, with Attorney General Merrick Garland saying it is in “open defiance” of the Constitution as it uses an “unprecedented scheme” to “insulate the state from responsibility.”

Responding to the lawsuit, Abbott accused President Joe Biden of using the DOJ to distract from recent poor press coverage related to the messy Afghanistan withdrawal.

“Unfortunately, President Biden and his administration are more interested in changing the national narrative from their disastrous Afghanistan evacuation and reckless open border policies instead of protecting the innocent and unborn,” he said. “We are confident that the courts will uphold and protect that right to life.”