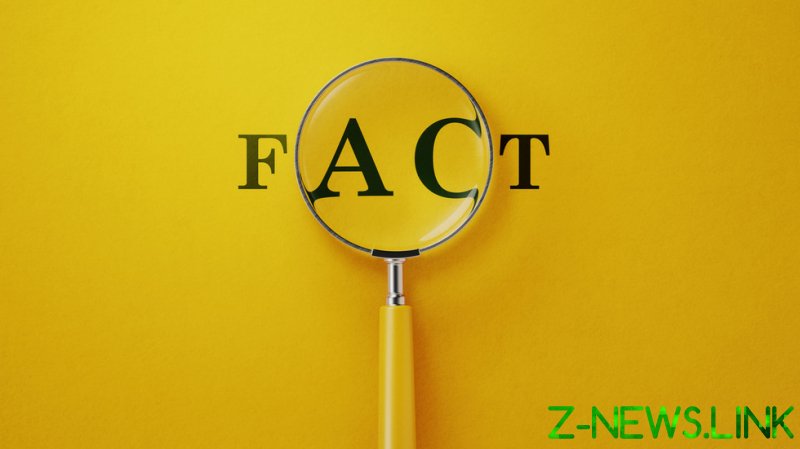 David Mikkelson co-founded Snopes in 1994, and the website has become a key player in the online information wars in recent years. Its supporters see it as a bastion of level-headed truth against an onslaught of partisan “misinformation,” while its detractors see it as yet another biased liberal outlet masquerading as a neutral ‘fact-checker’.

However, nobody’s accused the site of outright plagiarism until now. In a statement on Friday, the site acknowledged that between 2014 and 2019, Mikkelson published “more than two dozen” stories lifted from other news sites, under either the pseudonym “Jeff Zarronandia” or the generic “Snopes Staff” byline. The plagiarism was uncovered following a tip by Buzzfeed reporter Dean Sterling Jones.

According to the memo, Mikkelson has now been suspended from editorial duties and labels have been attached to the articles containing plagiarized material.

In a separate statement, Snopes’ staffers condemned Mikkelson’s plagiarism, lamenting the “poor journalistic standards” he displayed. Mikkelson himself admitted to wrongdoing, explaining the plagiarism as “serious lapses in judgement.”

However, Mikkelson said that he is proud of the work his site has done combating false information about Covid-19, recent elections, and… “Russian disinformation.”

According to Buzzfeed, Mikkelson ripped off other articles to save time and “speed up traffic” to his site. Beyond the two dozen or so articles initially identified, some 140 articles are now under investigation by Snopes, and more than 50 have been found to contain plagiarized elements.

Furthermore, until he was caught, Mikkelson allegedly advised Snopes staffers to engage in crafty plagiarism of their own. “He would instruct us to copy text from other sites, post them verbatim so that it looked like we were fast and could scoop up traffic, and then change the story in real time,” former managing editor Brooke Binkowski told Buzzfeed. “I hated it and wouldn’t tell any of the staff to do it, but he did it all the time.”

Shady reporting practices are the least of Snopes’ worries right now. The site is currently embroiled in a legal battle over ownership of its parent company, with Mikkelson’s ex-wife having sold her share in the company to a firm that’s now fighting Mikkelson for legal control. Multiple other cases are ongoing, and the incredibly complex legal struggle is currently costing Snopes up to a third of its revenue every year.