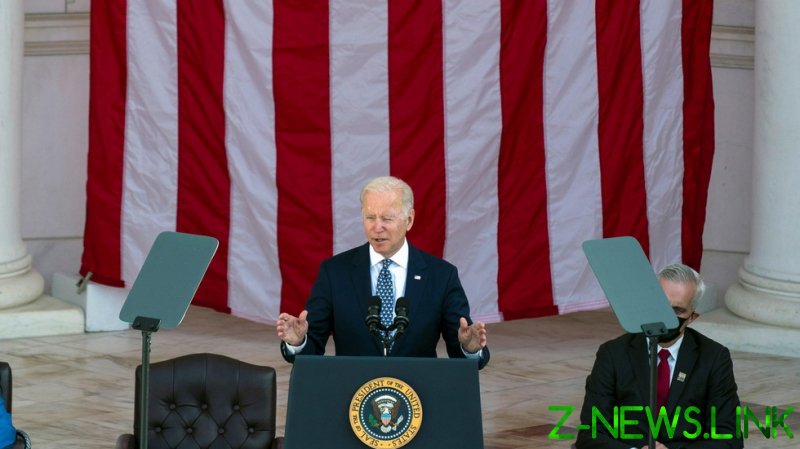 During his speech at Virginia’s Arlington National Cemetery, Biden claimed he had “adopted the attitude of the great Negro — at the time, pitcher in the Negro Leagues — went on to become a great pitcher in the pros — in the Major League Baseball after Jackie Robinson.”

“His name was Satchel Paige,” Biden declared, before recalling a story of how Paige told reporters he felt younger than he looked after pitching a win on his 47th birthday.

Biden’s gaffe – which was confirmed in an official White House transcript – triggered an avalanche of criticism from mostly conservative detractors, who accused the 46th president of being “racist.”

Multiple fact checkers immediately rushed to provide cover for Biden, explaining the wider context and arguing that the president did not actually refer to Paige as a “Negro.”

Mediaite received heavy backlash for publishing an article titled, “No, Joe Biden Did Not Refer to Satchel Paige as a ‘Negro’ During Veterans Day Speech.” Though the author of the article – liberal commentator Tommy Christopher – conceded that Biden “obviously began to say ‘Great Negro League pitcher,’” he concluded that Biden’s comments were ultimately a mistake and that he had meant to reference the Negro Leagues which Paige had played for.

“That this needs to be explained is beyond absurd,” the article declared.

The article experienced heavy criticism from social media users, who accused Mediaite and Christopher of “gaslighting” and “lying” to Americans to protect Biden.

Fact-checking website Snopes also attempted to provide cover for Biden, ruling that “while he did indeed utter the words ‘I’ve adopted the attitude of the great Negro,’ and said them in that order, the context surrounding that sentence fragment does not support the claim or implication that Biden ‘called’ or ‘referred to’ Satchel Paige as ‘the great Negro.’”