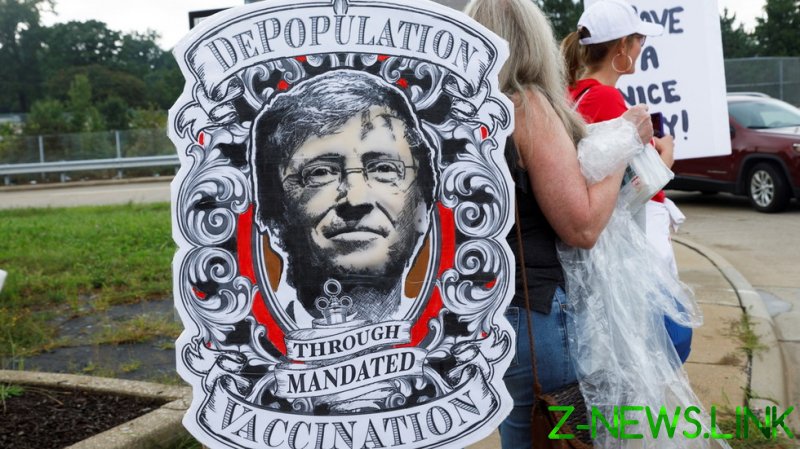 FactCheck.org has seemingly revised its view of Gates’ infamous 2010 TED Talk in which he declared doing a “great job” on vaccination in the developing world could bring down the population count. In a statement on Wednesday, the organization announced that while Gates had “said health care and vaccines could reduce unsustainable population growth,” his words had been taken out of context – and he had never said “3 billion people need to die.”

The ‘fact-checker’ had gleefully seized upon a 2019 video featuring naturopath Robert O. Young addressing a group of judicial-cosplay conspiracy theorists known as the International Tribunal for Natural Justice, noting there was no documented evidence of Gates uttering any of the words Young was putting in his mouth – especially the “3 billion people” line.

However, most of Gates’ detractors have never accused him of outright claiming 3 billion people need to die, though many have referred to him in one form or another as a eugenics fan. The vaccine evangelist’s claim that the world’s population, standing in 2010 at 6.8 billion and “headed up to nine billion” at the time of the infamous TED Talk, could be reduced “if we do a really great job on new vaccines, health care, reproductive health services,” and the like “by, perhaps, 10 or 15 percent” can itself be considered an incriminating statement – and FactCheck.org has acknowledged that he said it.

Many of the self-proclaimed ‘fact-checking’ groups have become somewhat notorious for seizing on bizarre conspiracy theories about figures like Gates and using such falsehoods to smear legitimate criticism of those figures.

Additionally, a Gates TED Talk from last year was edited post-broadcast to remove a line regarding vaccine certificates, which at the time were considered to be much too redolent of the police-state mentality for any of the democratic countries to accept. A year and a half later, lockdown-mad populations have been driven into the arms of such passport regimes and Gates’ prediction – which persists in the audio version of his talk – sounds almost restrained.