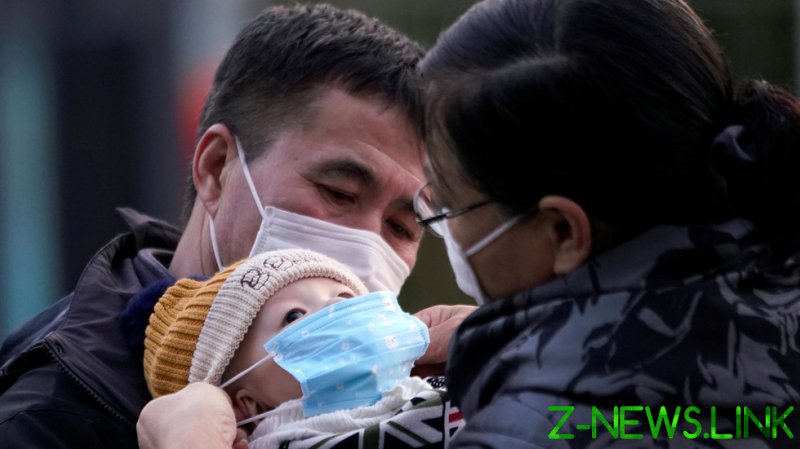 Experts have acknowledged that young children returning to in-person classes after a semester or more of lockdowns and isolation will be playing academic catch-up. However, the literature on education’s “New Normal” is noticeably light on the psychological ramifications, especially for the group most severely impacted by these measures: very young children and infants whom the Covid-19 response may have barred from reaching critical developmental milestones. Are these kids to be sacrificed on the altar of the Great Reset?

After all, it isn’t uneducated mommy-bloggers gaslighting parents into believing they can raise a normal healthy child in the bubble-like isolation prescribed by most of the US, Europe, Australia and New Zealand. No less than Harvard University has encouraged parents to hold “virtual playdates” for their kids, as if Skype and Zoom are valid alternatives for the critical immunity-building practice of playing outside in the dirt and swapping germs with other kids.

The university also suggests teachers and parents “incentivize” mask-wearing in order to “reinforce the social norm” – despite limited  evidence for health benefits and the still-unresolved issue of whether children are even at risk from the novel coronavirus. While there is conflictingevidence on whether masks actually reduce viral transmission, they do prevent children (and adults, for that matter) from reading each others’ facial expressions, a disaster for very young kids still learning nonverbal social cues.

Even the Centers for Disease Control warns against putting face masks on children under two years of age, acknowledging that carbon dioxide builds up inside and preverbal children are unable to communicate if they can’t breathe. The WHO discourages masking up kids under five, referencing not just safety but the “overall interest of the child,” and warns of the “potential impact of wearing a mask on learning and psychosocial development” between the ages of six and 11.

The long-lasting psychological effects of covering children’s faces, then, can be far more insidious than the simple safety concerns. Barring kids from learning empathy and emotional interaction via facial expressions could have a lasting impact on their intellectual development, and a persistent atmosphere of fear is known to severely disrupt intellectual and emotional development, especially in young children. Trapped in isolation with their stressed-out, fearful parents, children marinate in that anxiety until it becomes their own “new normal.” That constant state of fear can hamper their ability to interpret emotions and interact with others.

Distinguishing faces from non-facial images is one of the first things infants learn, specifically being able to spot their mother and by the age of one, babies are taking action based on the facial expressions of adults around them. It remains important later in life, too – studies have shown that being able to read facial expressions (“social referencing”) is strongly correlated with academic performance. But children being born in the Covid-19 era may be whisked away for a Covid-19 test and only given back to Mom when she’s safely “masked up” – and sometimes not even then.

The Brookings Institute even acknowledged that social referencing is a key developmental stage for babies – only to push the issue aside by telling worried parents they could conquer the problem masks present to their developing child with a few games of peekaboo. Children’s TV powerhouse Sesame Street has even tried to make social isolation palatable to its young audience with muppets (who wash their hands compulsively, talk on Zoom calls, and talk up the virtues of “video playtime,” which is “a lot of fun” and “makes us feel better.”

But child psychologists admit that kids who grow up unable to see the faces of those around them will have a very difficult time navigating social situations or even expressing their own emotions, and “virtual playtime” is no substitute for the real thing. Like emotion-muffling mask mandates, lockdowns are likely to have lasting negative effects on children’s mental and physical health, they warn.

Adding insult to injury, statistics suggest there may be no logical reason to subject children to these traumatizing behavioral controls. Aside from a handful of widely (some might say excessively) publicized cases, children have been largely spared the complications associated with Covid-19 infection, as multiple studies have confirmed and the media establishment has grudgingly reported. Even a study that claimed kids under five years old might carry 100 times as much virus as adults had to concede that this did not translate to showing symptoms or transmitting the virus to others. Depriving them of the social interaction and fear-free atmosphere that are critical to their development into functional adults thus appears to serve no public health purpose.

Even the World Economic Forum, which has been one of the loudest champions of lockdowns, social distancing, mask mandates, and other responses heavy on fear and light on evidence, has acknowledged the pandemic constitutes the “world’s biggest psychological experiment,” warning that prolonged isolation will lead to an explosion in “trauma-related mental health disorder.” Yet, rather than call for a stop to what amounts to institutionalized child abuse, they have merely suggested countries prepare for the coming demand for mental health services, sure to be a bonanza for Big Pharma as children who take psychiatric drugs tend to end up on them for life.

The future for these kids looks very dark indeed. What will it take to wake their parents? Sesame Street goes to the psych ward?