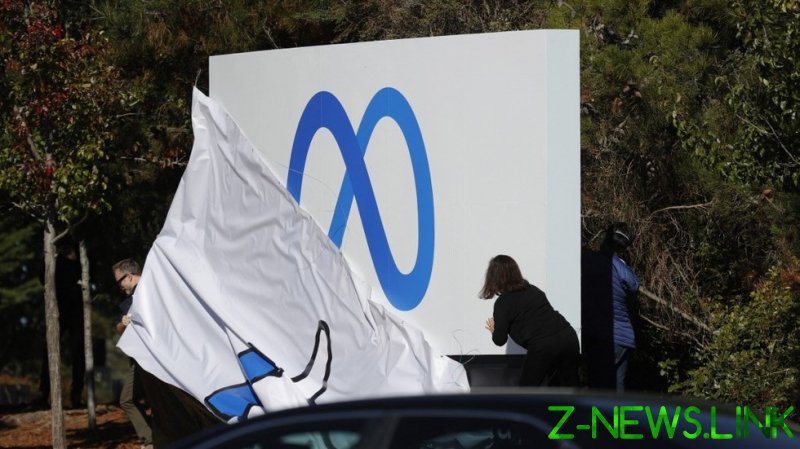 Mired in numerous antitrust probes, battling investigations in multiple countries, and desperately trying to defuse the revelations from an explosive series of internal document leaks, Facebook hinted earlier this month that it would be taking on a new direction based on an immersive “metaverse” experience.

“We are a company that builds technology to connect,” CEO Mark Zuckerberg declared when announcing the name change on Thursday during the company’s Connect 2021 event.

While Zuckerberg has not yet revealed full details of the coming metaverse, the Meta subsite on Facebook’s homepage describes it as “the next evolution of social connection.”

The CEO can be seen “ascending into the Metaverse” in a video clip shown during his Connect 2021 keynote speech, in which he stares off into space as his surroundings turn a vaguely computerized shade of blue.

While it’s not clear when Zuckerberg decided on the name Meta, a company by that name was acquired by his Chan Zuckerberg Initiative in 2017. Headquartered in Redwood City, California, not far from Facebook’s own headquarters, the firm operated a “literature discovery platform” called Meta Science.

Zuckerberg told Verve Times in an interview published on Thursday that he had been thinking about rebranding Facebook’s holding company ever since his acquisitions of Instagram and WhatsApp (in 2012 and 2014, respectively), and finally opted to do so this year.