Home / WORLD / Facebook whistleblower giving Zuckerberg a good kicking is all good fun but ignores what is really at stake: freedom of speech

Facebook whistleblower giving Zuckerberg a good kicking is all good fun but ignores what is really at stake: freedom of speech 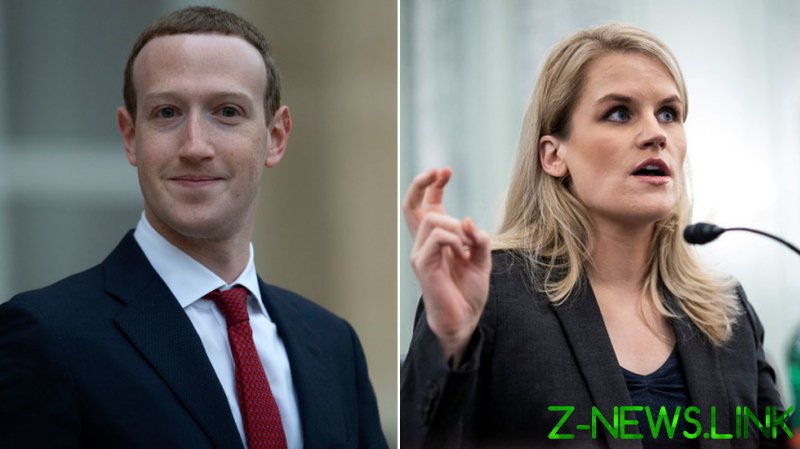 It’s not been a great week for Facebook. What began in the UK with a glowing piece on Dr. Priscilla Chan, aka Mrs. Mark Zuckerberg, with a shoot on the cover of a Sunday newspaper supplement, was followed by a kicking from a former-employee-turned-whistleblower in front of a key parliamentary committee as the audience sat glued to the TV.

The focus of that committee, under the chairmanship of Damian Collins, was not simply to tear into the social media platform but to scrutinise the issues surrounding the UK’s draft Online Safety Bill that, if made law, will change the internet landscape forever.

And not necessarily in a good way. Data scientist Frances Haugen, who fell out of love with her job at Facebook and decamped having copied 10,000 sensitive operational documents which she has since shared with the world, made a compelling witness for the committee, having given her debut performance in the US Senate earlier this month.

A striking-looking woman who certainly knows an algorithm when she sees one, the UK MPs who comprise the select committee used her appearance to air their own grievances about social media, seemingly delighted they had a high-ranking Facebook insider before them – albeit very much an ex-employee.

Gay Scots MP John Nicholson told how he had been branded a “greasy bender” on Twitter and despite several complaints to the platform, was told that was perfectly acceptable. His tale – despite the fact it was about a different social media company altogether – highlights one of the points made by Haugen about the difficulties that Facebook’s system had in distinguishing dialects (as, indeed, do many people).

Conservative MP Dean Russell was slightly more on message when he related how he had been threatened with a “Glasgow hug,” a euphemism for stabbing, on his Facebook account. This also escaped being removed. The big question here is, obviously, ‘What is it with the Scots?’

These types of incidents are not uncommon on social media, which as everyone knows is the realm of trolls, bullies, cowards, scammers, liars and bona fide fruitcakes. But that does not necessarily mean the Online Safety Bill is the tool that’s needed to turn this all around.

Because placing the onus on the tech giants of Facebook, Twitter and Google – plus their many spin-off partners – for monitoring their content, imposing rules and penalising those who break those rules would welcome a new strata of law enforcement that I’m not particularly comfortable with. We have police, intelligence agencies and online specialists that work for us already, do we really need the Men From Menlo Park fighting our corner?

And what about content that is harmful but not illegal. We all know the way social media works, where the loudest users, those STUCK ON CAPS LOCK, are amplified to a point that they drown out the more moderate voices and dominate discussion. That’s never a good thing but if special interest groups, from the far left, the far right or the woke warriors of critical theory want to, they will easily be able to manipulate social media to the detriment of all other account holders but still be considered perfectly within the law. That can’t be good and it can’t be easy either.

As Frances Haugen explained, companies like Facebook put their shareholders first, far above concerns for online safety. What keeps the online account holders engaged is the clever algorithms constantly serving up content they want to see. And while sometimes that leads to the fringes, and beyond, of their chosen fields of interest, it is that commitment to the platform that Mark Zuckerberg has been able to monetise.

In the process, free speech has been a clear winner, even though people can be upset, ridiculed, bullied and harassed. Without wanting to seem harsh, nobody makes someone open a Facebook account. I don’t use the platform, and look at me, I survive.

The problem has been that Facebook and its allies are big. Too big. In fact, they’re freakin’ massive. And of course governments look at these giant companies and try to work out ways to drain some of those profits off, in the form of taxation, or if it comes to it, fines for newly dreamed-up offences.

Let’s face it, the UK government is making this stuff up on the fly. There has never been a company like Facebook in the history of mankind and so there’s no precedent for dealing with it.

In dealing with problems like this, however, we run the risk of trampling all over the right to free speech, even if that means hurling insults at one another or posting offensive memes. Maybe Facebook can do more about blocking offensive material. Maybe they should do more but let’s be a bit more clever about what we’re asking here.

Everyone loves to see a tech-giant takedown. That’s why Frances Haugen was such a good watch. She pulled back to the curtain on the secrets Mark Zuckerberg would rather not share, the tricks and sleights that have helped make his company one of the largest on the planet and while he might be embarrassed for the moment, it will soon pass and it’ll be BAU.

The ‘Facebook Papers’ circus has left town leaving the members of the draft bill committee plenty to mull over as they go about their work on the Online Safety Bill. Much of that will revolve around how to make the internet a safer place to be. No one objects to that. But is seeking legislative control over content on social media the way towards a safer future?

Think of the reaction if that suggestion was made in China or Russia. We would be up in arms, we’d be demanding answers in the United Nations General Assembly, we’d call it totalitarianism and a breach of fundamental human rights. Just sayin’.