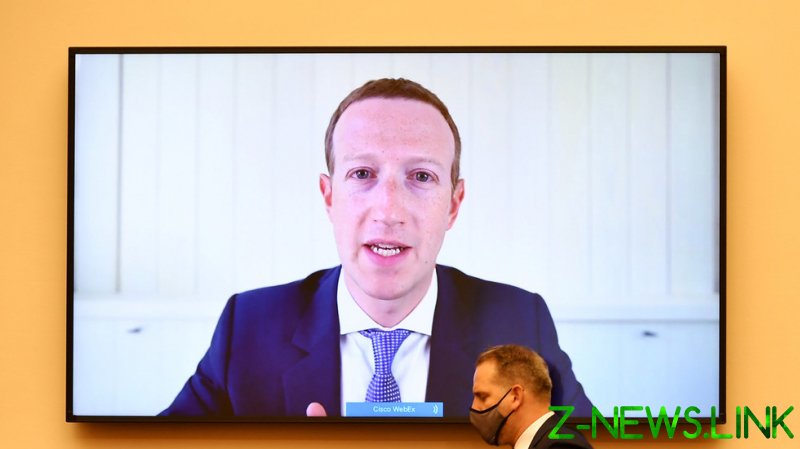 The social media behemoth is teaming up with Reuters to flag premature claims of victory and redirect voters to “authoritative information about election results,” CEO Mark Zuckerberg announced in a post on Thursday outlining what are supposed to be the platform’s last election-related rule changes.

The CEO added that “authoritative information from [Facebook’s] Voting Information Center will be situated at the top of the Facebook and Instagram interface almost every day until the election,” including how-to videos on voting by mail and registration deadlines. Instagram is also owned by Facebook.

New “political and issue ads” will be banned in the week before Election Day, though previously existing ads will continue to run. “Misinformation about voting” will be wiped out with the help of state election authorities, Zuckerberg promised, adding that due to the expansion of early voting, those authorities will be getting involved in policing election-related content earlier than usual.

Facebook Messenger is also cracking down on mass forwarding, supposedly in an effort to “reduce the risk of misinformation and harmful content going viral.” The CEO praised similar efforts by WhatsApp (owned by Facebook), which he claimed successfully prevented misinformation from spreading during “sensitive periods” in “many countries” – though no further details were provided.

Threats related to Covid-19 meant to “discourage voting” will no longer be allowed, the post continued, noting that “posts with claims that people will get Covid-19 if they take part in voting” will be deleted. Ironically, this was one of the rationales for expanding mail-in voting across the US in the first place.

Zuckerberg made sure to remind Facebook users about the threat of “coordinated online efforts by foreign governments and individuals to interfere in our elections,” claiming that his platform had just this week removed 13 accounts and two pages for “trying to mislead Americans and amplify division.” While he acknowledged that much of the election meddling the platform has seen in recent months has been coming from inside the US, he attempted to pin the responsibility on “militias [and] conspiracy networks like QAnon,” promising to further crack down on such groups – thousands of whom saw their accounts banned or restricted earlier this month.

While Zuckerberg didn’t refer to the rumored “kill switch” Facebook was said to be working on last week, which would shut down all political advertising after the vote in an effort to prevent civil unrest stemming from incomplete or inaccurate election results, the new rules announced Thursday were framed as the final policy changes before Americans go to the polls (or to their local mailbox) on Election Day.

Facebook has reportedly been running “post-election scenarios” in an effort to preempt and crush civil unrest that might result from what is expected to be a hotly contested vote. While the platform’s efforts are rumored to be focused on preventing President Donald Trump from falsely claiming the election was stolen from him, a Democratic victory is by no means in the bag, as polling indicates the race remains close.