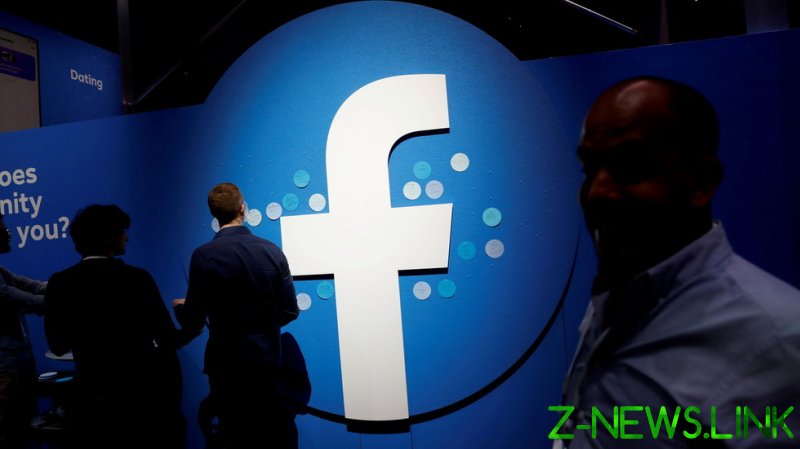 Filed in December 2020 with much media fanfare, the lawsuit accused Mark Zuckerberg’s behemoth of having a monopoly on Personal Social Network (PSN) services and engaging in “a systematic strategy” to eliminate competition, by buying apps like Instagram and WhatsApp and denying potential rivals access to its platform.

US District Judge James Boasberg dismissed it with prejudice on Monday, explaining in a  53-page ruling that Facebook’s alleged monopoly wasn’t precisely quantified, while several specific denials of access that may fall under monopolistic behavior took place in 2013, past the statute of limitations.

Facebook stock surged on the announcement of the verdict, closing at $355.64 a share. The company itself reached $1 trillion in market capitalization for the first time.

New York Attorney General Letitia James had argued that Facebook “used its monopoly power to crush smaller rivals and snuff out competition, all at the expense of everyday users.” She was joined by 47 colleagues from 45 US states, the District of Columbia and the territory of Guam. Only Alabama, Georgia, South Carolina and South Dakota did not get involved in the lawsuit, which ended up being combined with the Federal Trade Commission complaint against the Menlo Park juggernaut.

Judge Boasberg dismissed the state claim outright, and ruled that the FTC complaint is “legally insufficient” because it does not “plead enough facts to plausibly establish” that Facebook is a monopoly in the PSN market. The only thing the regulator did, he wrote, is present the “naked allegation” that Facebook has 60% or more of the market share.

The PSN market “is unusual in a number of ways, including that the products therein are not sold for a price, meaning that PSN services earn no direct revenue from users,” Boasberg wrote, meaning that the court is “unable to understand exactly” what 60% of it might amount to, “let alone able to infer the underlying facts that might substantiate it.”

He did note that users give their time, attention and personal money to Facebook in exchange for access, which Zuckerberg then monetizes with advertisers – to the tune of almost $70 billion in 2019, and more than $18 billion in profits.

Boasberg also pointed out that the FTC unanimously approved Facebook’s purchase of Instagram in 2012, and likewise cleared the acquisition of WhatsApp in 2014. Noting that the lawsuit alleges that Facebook operated Instagram and WhatsApp, like “a protective ‘moat’ around its [PSN] monopoly,” he wondered why no competitors were actually named in the lawsuit.

The judge did leave open a 30-day window for the FTC to re-file their complaint, and even offered grounds on which they might do so. Facebook’s general policy of refusing to provide access to competitors does not violate antitrust law, he wrote. The behavior that might have violated it last occurred in 2013, so it’s no longer admissible.

A trove of internal Facebook documents, released by the UK Parliament back in 2018, revealed that Zuckerberg personally ordered to limit the friend-finding feature of now-defunct video-sharing app Vine, in an apparent crackdown on the potential competitor.

However, if the FTC can find Facebook in violation of a very narrow understanding of the “duty to deal” doctrine, it could try doing so in the new complaint.

Under US law, a monopolist “has no duty to deal with its competitors, and a refusal to do so is generally lawful even if it is motivated… by a desire ‘to limit entry’ by new firms or impede the growth of existing ones,” Boasberg explained. The only case in which such behavior would be actionable is if access is denied to someone who previously received it at short-term loss, “with no conceivable rationale other than driving a competitor out of business in the long run.”

Appointed to the bench by President Barack Obama in 2011, Boasberg currently also presides over the Foreign Intelligence Surveillance Court.