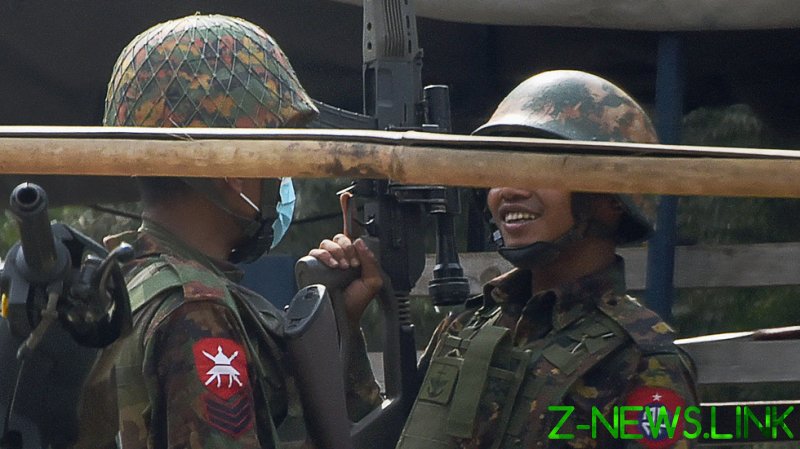 Known as the Tatmadaw, the Myanmar military has been accused of brutally suppressing opposition to a February 1 coup carried out against the elected government of Aung San Suu Kyi. On Saturday, military and police forces reportedly shot two protesters during a demonstration in the country’s second-largest city, Mandalay.

According to emergency workers, one victim was shot in the head, killing them instantly, while a second protester was hit in the chest and later succumbed to the bullet wound.

A spokesperson for the Tatmadaw did not respond to a media request for comment on the Facebook ban.

Although perhaps best known for policing allegedly dangerous content related to the 2020 US presidential election, Facebook has also taken a keen interest in current events in Myanmar. In 2018, it banned Myanmar army chief Min Aung Hlaing, now the self-declared ruler of the country, as well as more than a dozen senior officers and organizations, for violating the platform’s community standards. Ahead of the country’s November elections, the Silicon Valley giant revealed that it had scrubbed 70 fake accounts and pages operated by members of the military accused of carrying out an information war against Suu Kyi and her National League for Democracy Party (NLD).

The recent bloodshed in the country marks a sharp escalation in the weeks-long conflict between the military and Suu Kyi’s supporters. The Tatmadaw claim that the NLD benefitted from widespread fraud during the recent parliamentary vote, but the country’s electoral commission has dismissed the charge as unfounded. Unfettered, the military arrested Suu Kyi and declared a state of emergency.