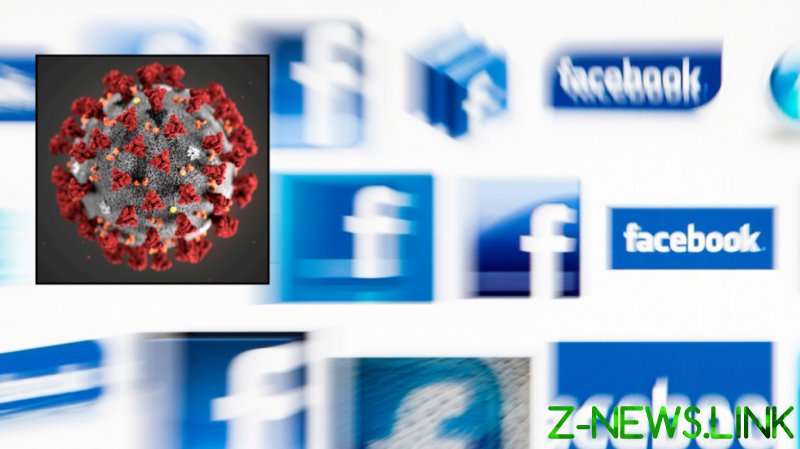 “In light of ongoing investigations into the origin of [Covid-19] and in consultation with public health experts, we will no longer remove the claim that [Covid-19] is man-made from our apps,” a Facebook spokesperson told Politico on Wednesday evening, in an emailed statement.

“We’re continuing to work with health experts to keep pace with the evolving nature of the pandemic and regularly update our policies as new facts and trends emerge,” Facebook added.

Back in February, “following consultations with leading health organizations, including the World Health Organization (WHO),” Facebook said it was banning a number of “debunked” and “false” claims – including saying that the virus was “man-made or manufactured.”

The change of heart comes after the White House announced a 90-day deadline for the US intelligence community to produce a “definitive” assessment of where the novel coronavirus originated, with President Joe Biden claiming the spies were torn between “human contact with an infected animal” and “a laboratory accident.”

Until just a few weeks ago, however, merely suggesting the possibility of a “laboratory accident” – not even claiming that the virus was man-made – was grounds for getting censored on social media.

ZeroHedge, a news blog famously censored for daring to suggest the man-made origin of the virus, reacted to the Facebook volte-face with a meme used to express annoyance.

Twitter banned ZeroHedge for “abuse and harassment” in February 2020, following a hit piece by BuzzFeed. They were allowed to return in June, after Twitter said it had “made an error in our enforcement action.”

The previously heavily-enforced orthodoxy about the origin of the virus was that it naturally evolved in animals and somehow jumped to humans in an incident involving the wet market in the Chinese city of Wuhan. Any mention of the Wuhan Institute of Virology, conducting research into the bat coronavirus family, was off-limits.

US corporate and social media alike have spent the past year insisting that the mere suggestion the virus may have escaped from the WIV – even by accident, as Trump and his Secretary of State Mike Pompeo claimed – was a conspiracy theory with zero merit. A State Department inquiry into the origin of the virus, which began under Trump, was ordered shut by Biden in March, CNN reported this week citing a Foggy Bottom spokesman.