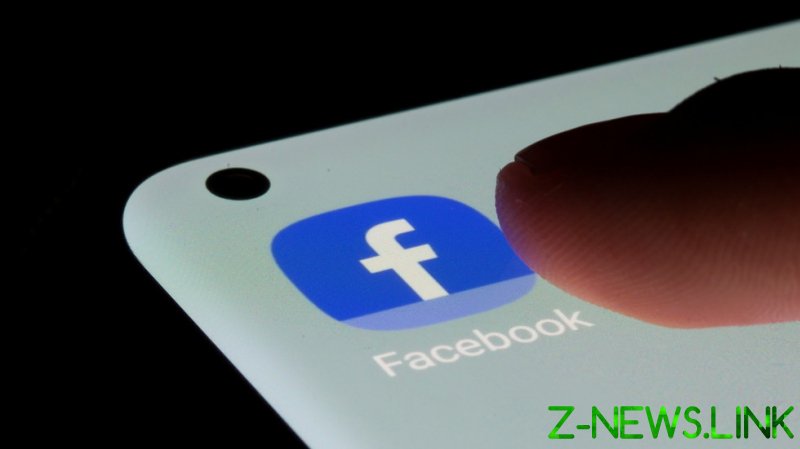 “The data shows that 85% of Facebook users in the US have been or want to be vaccinated against COVID-19,” Facebook’s VP of Integrity Guy Rosen said in a blogpost on Saturday, rejecting Biden’s charge that social media was to blame for the lack of enthusiasm among Americans towards the Covid-19 jabs.

On Friday, Biden tore into social media such as Facebook, accusing them of “killing people” by not cracking down on non-conventional opinions about the issue of vaccination fervently enough.

Dismissing the allegation, Rosen accused Biden of essentially making Facebook a scapegoat for his administration’s failure to reach the self-imposed goal of having 70% Americans vaccinated by July 4.

“President Biden’s goal was for 70% of Americans to be vaccinated by July 4. Facebook is not the reason this goal was missed,” Rosen said, arguing that figures “tell a very different story to the one promoted by the administration.”

Facebook, Rosen claimed, has seen a dramatic increase in confidence in Covid-19 vaccines among its American users in the last six months. “Since January, vaccine acceptance on the part of Facebook users in the US has increased by 10-15 percentage points (70% → 80-85%),” Rosen wrote, citing a recent survey by Carnegie Mellon University. He added that distrust to the jabs among racial and ethinic minorities  has “shrunk considerably” as well.

Facebook has deployed “unprecedented resources” to fight against the pandemic, such as “pointing people to reliable information” and facilitating vaccine appointments, he noted. In addition to persuading people of the effectiveness and safety of the vaccines through pop-up labels under coronavirus-related posts, Facebook has been waging a war on the information that does not align with the official stance of the World Health Organization (WHO) or local governments.

In a thinly-veiled swipe at the Biden administration, Rosen pointed out that Canada and the UK, where Facebook has used “similar tactics,” already hit the 70% percent milestone in the 1st dose vaccinations. Some 68 percent of American adults have received at least one shot.

On Friday, Canada also overtook the US in the number of those fully vaccinated after some 48.45 % of eligible Canadians received their second dose as opposed to 48.05% of Americans.