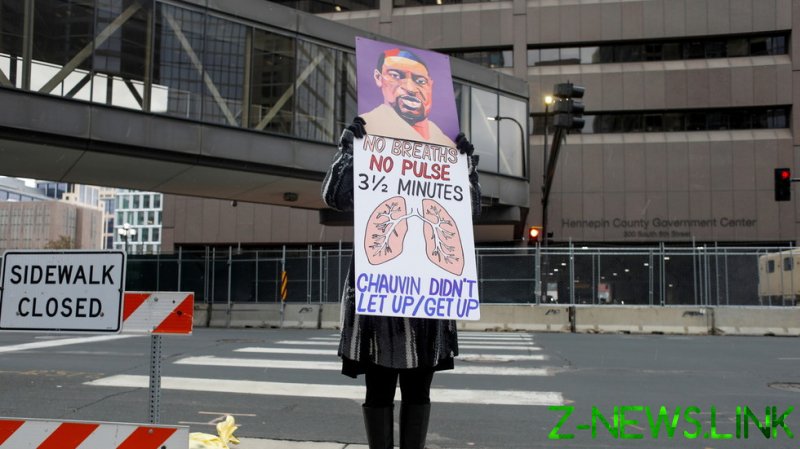 Chauvin, a white former Minneapolis police officer is currently on trial for second- and third-degree murder as well as second-degree manslaughter for allegedly contributing to the death of George Floyd, a black ex-con and security guard who’d been caught passing a fake $20 bill at a nearby convenience store.

Content relating to Floyd and his death will be strictly controlled, Facebook implied in a blog post on Monday, warning the site will “remove Pages, groups, Events, and Instagram accounts that violate our violence and incitement policy and we will remove events organized in temporary, high-risk locations that contain calls to bring arms.”

Facebook seemed to quietly open the door for abuse directed at Chauvin, noting that “we consider [him] a public figure for voluntarily placing himself in the public eye, which means we will remove attacks that are severe” – unlike involuntary public figures like Floyd, for whom “a higher standard of protection” is warranted.

The megacorporation declared that its highest priority was not ensuring that accurate information reach the largest number of people, but “preventing online content from being linked to offline harm,” no matter who was doing the linking and how much integrity their claims could be said to possess. The site essentially roped off the entirety of Minneapolis as a “high-risk location,” while declaring it would “protect the memory of George Floyd and members of the Floyd family from harassment and abuse.”

Then-Officer Chauvin was filmed with his knee digging into Floyd’s neck for over nine minutes, a hold that was initially believed to be the cause of the ex-con’s death. However, the coroner and other experts later emerged to point out the dead man had methamphetamine and a large amount of fentanyl in his system at the time of his death, though Floyd’s girlfriend had argued his fentanyl tolerance was such that the amount of the synthetic opioid he had ingested would not necessarily have killed him. While Floyd appeared to be in respiratory distress as Chauvin and his three partners attempted to wrangle him into a squad car last May, he began complaining he could not breathe several minutes before Chauvin put him in the neck hold on the pavement, as one of the other officers’ body cameras revealed.