Home / WORLD / Facebook Oversight Board upholds Trump ban, but says it was ‘inappropriate’ for site to make suspension indefinite

Facebook Oversight Board upholds Trump ban, but says it was ‘inappropriate’ for site to make suspension indefinite 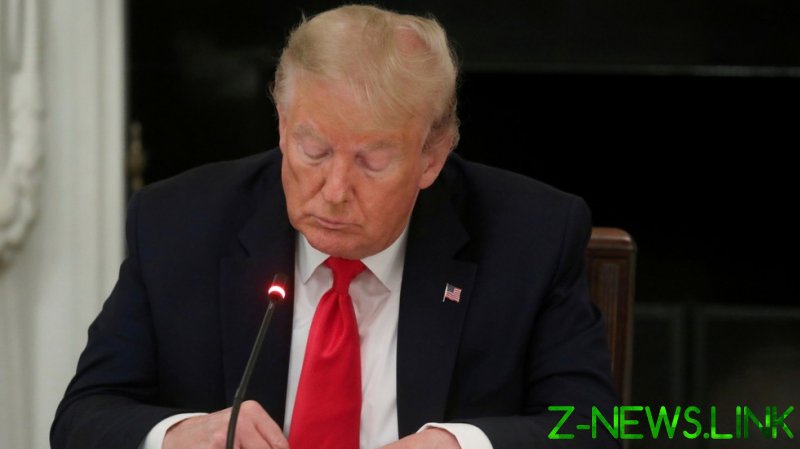 “However, it was not appropriate for Facebook to impose the indeterminate and standardless penalty of indefinite suspension,” the statement continued, pointing out that Facebook’s “normal penalties include removing the violating content, imposing a time-bound period of suspension, or permanently disabling the page and account.”

The board went on to recommend that Facebook “review” the situation “to determine and justify a proportionate response that is consistent with the rules that are applied to other users of its platform,” and that it should do so within six months.

If the social network takes the full six months to make its decision, it will have been close to a year since Trump was banned from posting to his Facebook and Instagram accounts.

Trump’s final post on Facebook before his ban – as supporters stormed the US Capitol in protest at his 2020 election defeat to President Joe Biden – read, “I am asking for everyone at the US Capitol to remain peaceful. No violence! Remember, WE are the Party of Law & Order – respect the Law and our great men and women in Blue. Thank you!”

Several people died during and after the incident, including Ashli Babbitt, a Trump supporter who was shot and killed by a Capitol Police officer for trying to climb through a window.

Though Trump called on those involved in the storming to go home and abstain from violence, he continued to claim in posts that the election was rigged, and was subsequently banned from Facebook, Instagram, Twitter, YouTube, Pinterest, Snapchat, and other major tech platforms, including the digital payment processors Stripe and Shopify.