Facebook is suppressing ‘facts’ that are flagged as promoting ‘vaccine hesitancy’, whistleblowers claim 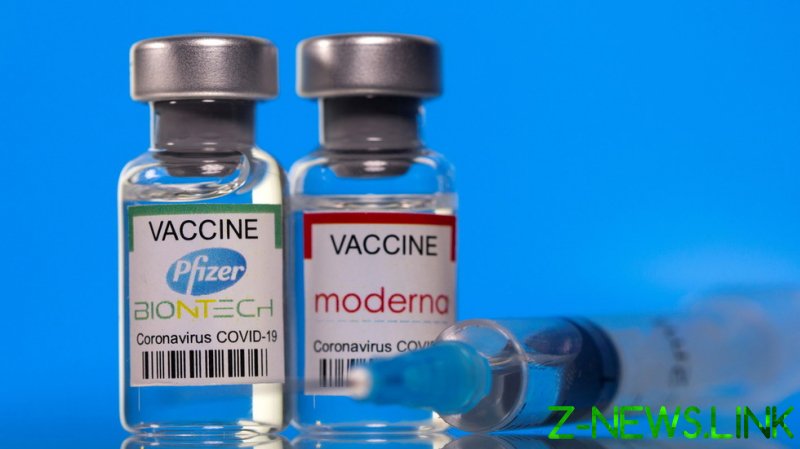 Another document leaked to Project Veritas discusses how to flag and categorize “non-violating content” that raises questions about vaccination, “thereby contributing to vaccine hesitancy or refusal.”

Comments can be “demoted” if they are flagged as directly or indirectly discouraging people from getting vaccinated. It doesn’t matter if the content is factually accurate, Project Veritas reported, citing the leaked documents.

According to the reported policy, “shocking stories” about side effects linked to the vaccines can be suppressed, even if they are “potentially or actually true events or facts that raise safety concerns.” The company explains that such content should be discouraged because it could “present a barrier to vaccination in certain contexts.”

Facebook is also said to target comments that claim vaccination is not necessary due to low Covid-19 death rates, or argue for natural herd immunity against the virus, as such views are considered “indirect discouragement” that could hurt immunization efforts.

One of the Facebook whistleblowers who reached out to Project Veritas said that anyone who questions the “narrative” of “get the vaccine, the vaccine is good for you” will be “singled out.”

A second company insider, identified as a data center technician, said that Facebook is working to censor all content that can be deemed critical of vaccines.

“They’re trying to control this content before it even makes it onto your page before you even see it,” the whistleblower told Project Veritas.

In response to the leaked documents, a Facebook spokesperson told the media watchdog that the company “proactively announced this policy on our company blog and also updated our help center with this information.”

In February, the platform said it was expanding its efforts to combat “false claims” about Covid-19 vaccines. Under the initiative, Facebook said it would remove content that claims “vaccines are not effective at preventing the disease they are meant to protect against” or that argues the jabs are “dangerous.”

The content crackdown comes amid growing concern about side effects that have been linked to the vaccines. Numerous countries temporarily suspended their rollout of the AstraZeneca jab amid reports of blood clotting in people who received it. The pharmaceutical company has insisted the vaccine is safe, a position that has been echoed by the EU’s drug regulator. However, some have argued that there is insufficient data to show that the vaccines represented on the market are safe and effective long-term, as their rollout was fast-tracked amid the pandemic.