Home / WORLD / Facebook exec says Zuckerberg is TOO POWERFUL and Facebook should be BROKEN UP, in undercover interview 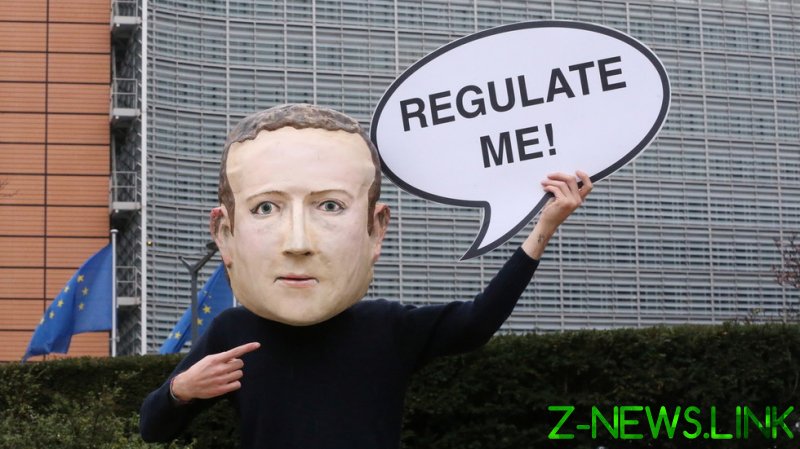 “No king in the history of the world has been the ruler of two billion people, but Mark Zuckerberg is,” Thomas told a Project Veritas reporter, in an interview published by Project Veritas founder James O’Keefe on Monday. Thomas claimed that Facebook is “doing a lot of damage in the world,” citing CEO Mark Zuckerberg’s forays beyond social networking and into healthcare and even gene editing.

“The government needs to step in and break up Google and Facebook,” he said, adding that to do so would be “a better thing for the world.”

Thomas is not the first person to demand greater government regulation of the Silicon Valley tech giants. Republicans have long accused these companies of discriminating against conservatives, and former president Trump repeatedly called for Congress to repeal Section 230 of the Communications Decency Act, which gives social media platforms immunity from being sued over the content posted on their sites, and allows them to decide what content to host and what to remove from their sites at will.

On the other side of the aisle, Massachusetts senator and failed presidential candidate Elizabeth Warren revealed plans in 2019 to break up tech monopolies like Amazon and Facebook. Multiple US states launched their own investigations into Facebook’s alleged anti-competitive behavior, but the firm has not yet suffered any consequences.

Thomas’ beef with Facebook did not involve its business practices, however. In the snippets of speech included in the Project Veritas video, he lent weight to the conservative argument that Facebook’s algorithms are biased. “There’s always built-in [algorithmic] bias,” he said. “Guess what? Human beings wrote that code,” he added, according to Project Veritas.

Thomas also stated that by gathering so much data on its users, Facebook can profile them with ease. He told Project Veritas’ reporter that he can identify “racist people” from their data, and can take “five things” about a user and “pretty much figure out everything else” from that. Mark Zuckeberg told a Congressional hearing in 2018 that he was “not sure” how many data points Facebook gathers on its users, but a 2016 ProPublica investigation“collected more than 52,000 unique attributes that Facebook has used to classify users.”

Monday’s video is not the first Project Veritas sting targeting Facebook. The conservative watchdog group published internal videos last month in which Facebook staff lamented the firm’s excessive power, and last year released an interview with a Facebook whistleblower, who claimed that the company designed censorship algorithms to deliberately target “Republicans and conservatives.”

Much of Thomas’ interview is lacking context, and is edited into a series of soundbites. Project Veritas has been accused before of selective editing and bias, most notably in the runup to the 2020 election when a man portrayed as committing ballot fraud for Democrats in Minnesota came forward and said he was offered money by Project Veritas to say he was breaking the law. O’Keefe denied ever offering the man any money.