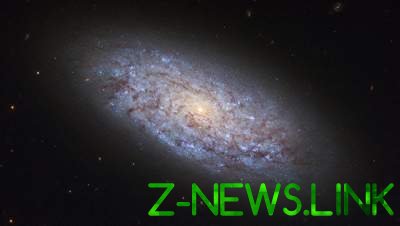 We are talking about the galaxy NGC 1316, which is considered fourth on the brightness of a radio source on the sky.

Astronomers using the very large telescope got the galaxy NGC 1316, which is sometimes also called the “face of God”. The picture was published on the website of the European southern Observatory.

NGC 1316 was formed by the merger of several smaller galaxies. As the researchers note, about the turbulent past of the galaxy shows the structure of the lace loops, arches and rings, and a very faint glow emanating from the inside of the cluster.

Mergers, which resulted in the formation of NGC 1316, has led to the inflow of gas which fuels a supermassive black hole mass of 150 million Suns in the center of the galaxy. Object emits extremely intense jets of high energy particles, and they, in turn, shape the characteristic emission of the cavity is visible at radio frequencies. NGC 1316 is the fourth brightest radio source in the sky of the Earth. 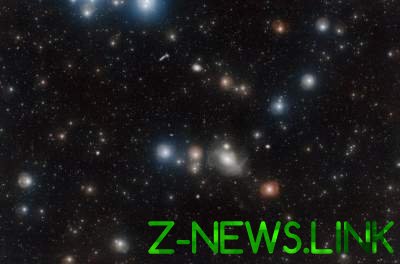 In NGC 1316 was also observed four type Ia supernovas. The luminosity of type Ia supernovas have a strictly defined value, and so they can be used to determine the distance to galaxies in which they explode. In this case, this distance was equal to 60 million light-years.

Previously, astronomers have noticed that a small galaxy located in the Sculptor group, is gradually destroyed by the gravitational influence of a giant galaxy, situated right next door to hers. The newly discovered galaxy belongs to a class of dwarf spheroidal galaxies, but, unlike other such galaxies, it has an elongated shape, is directed towards NGC 253. This form of the galaxy may indicate that it affects the gravitational influence of a larger galaxy, which acts more strongly on the near side.

See also:  Became known why volcanoes are dangerous for mankind