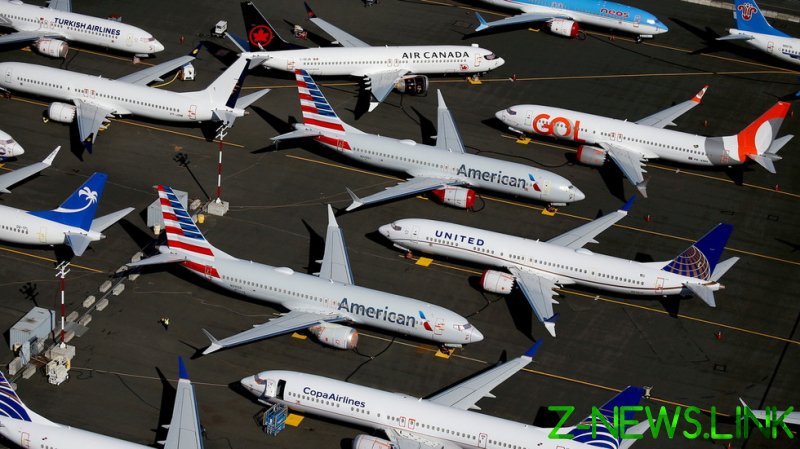 Boeing 737 Max airplanes and some other 737 models are affected by the safety directive, which requires operators to verify that all objects in the cargo hold are nonflammable and noncombustible. Affected planes are suspected to have a “failed electronic flow control of the air conditioning packs that vent air into the cargo hold from other areas of the plane,” according to the FAA.

The order affects some 2,204 planes globally, 663 of which are registered in the US. Boeing’s 737 Max model has been largely grounded since March 2019 after two deadly crashes which killed all 346 people on board revealed a problem with the onboard computer systems. Further investigation has only turned up more safety issues, and not just in the 737 model.

Boeing’s 777s and 787s have also been scrutinized for safety flaws. The company itself urged airline carriers to suspend flights of some 777 models in February after multiple engines exploded in midair , while that same month, the FAA demanded the inspection of 222 Boeing 787s over concerns about decompression panels. Manufacturing concerns about “foreign object debris” left in new planes have brought the mega-liner under further scrutiny.

While the FAA reversed its original order grounding all Boeing 737 Max aircraft in November, over 100 of the seemingly cursed planes were grounded again in April over issues with the electrical system. The company’s newest model, the 737 Max 10, took off for the first time in June and is expected to enter service in 2023.