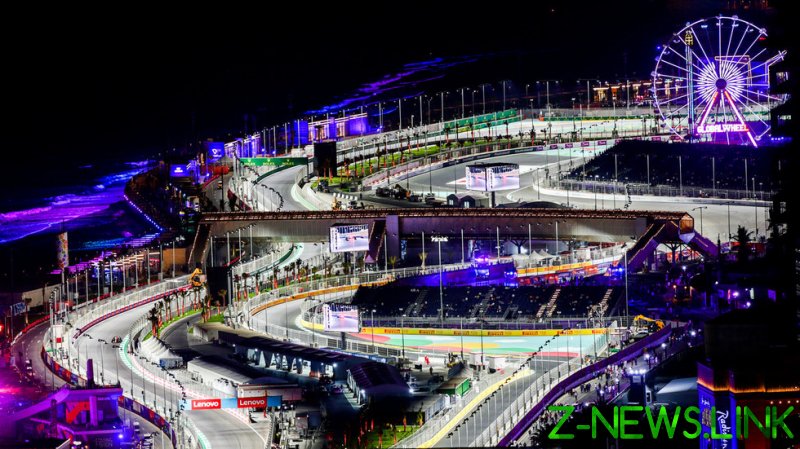 Race organizers have confirmed that the Formula One Saudi Arabian Grand Prix will still go ahead on Sunday after a missile attack at an oil facility under 10 miles from the Jeddah Corniche Circuit.

The Houthi rebels from Yemen – who have been in conflict with a Saudi-led coalition for seven years – have claimed responsibility for the attack which follows another last weekend in the capital.

During a four-hour meeting that went into the early hours of Saturday morning in the Kingdom, F1 drivers raised concerns to chief executive Stefano Domenicali amid doubts that the Grand Prix can go ahead.

But organizers confirmed that the race will be held after all 10 teams principals unanimously agreed it should. “We are aware of the attack on the Aramco distribution station in Jeddah earlier this afternoon and remain in contact with the Saudi security authorities, as well as F1 and the FIA to ensure all necessary security and safety measures continue to be implemented to guarantee the safety of all visitors to the Formula One Saudi Arabian Grand Prix as well as the drivers, teams and stakeholders,” ran a statement from the Saudi Motorsport Company.

“The race weekend schedule will continue as planned. The safety and security of all our guests continues to be our main priority and we look forward to welcoming fans for a weekend of premium racing and entertainments,” the group added.

F1 also released a statement on Saturday morning confirming that the race will go ahead and revealed that “it has been agreed with all stakeholders to maintain a clear and open dialogue throughout the event and for the future”.

“We have received total assurances that, for the country, safety is first, no matter the situation – safety has to be guaranteed,” Domenicali said. “So we feel confident and we have to trust the local authority in that respect. Therefore, of course we will go ahead with the event.”

“We, as team principals, have been assured that we are protected here, that it’s probably the safest place in Saudi Arabia at the moment, [and] that we’re racing,” Wolff revealed.

Some F1 drivers are understood to have been less convinced of their safety, however, with Lewis Hamilton demanding reforms in Saudi Arabia if the popular championship’s races continue to be held there.

The seven-time champion Brit admitted he was shocked to receive a letter from a teenager who was sentenced to death for crimes he allegedly committed aged 14, and Hamilton said that “ultimately, it is the responsibility of those who are in power to really make the changes and we are not really seeing enough, we need to see more”.

“We don’t decide where we go to race in Formula One, but while it is not necessarily our responsibility, we are duty-bound to try and do what we can,” Hamilton stressed.

“It’s mind-blowing to hear the stories,” Hamilton went on. “I’ve heard there is a letter sent to me from a 14-year-old on death row. When you’re 14 you don’t know what the hell you’re doing in life.”

“It is important we try to educate ourselves and with a little bit of difference, we can try to make sure we are doing something,” Hamilton insisted. “I am always open to having a discussion, to learning more and trying to understand exactly why things are happening and why they are not changing. It is 2022 and it is easy to make changes.”

Going into the weekend’s race, Hamilton will hope his car can gain ground on those from rivals Ferrari and Red Bull, though Mercedes trackside engineering director Andrew Shovlin has said it could take at least two or three more races for Mercedes to find an aerodynamic solution.

Looking to surpass Michael Schumacher in the all-time F1 championship wins rankings after a last-day defeat to Max Verstappen in Abu Dhabi in 2021, Hamilton finished third in the season opener in Bahrain last weekend to a Ferrari one-two of Charles Leclerc and Carlos Sainz Jr.

Jeddah has a different circuit to Bahrain, though, which is quick with a combination of blind corners and close walls.