F1 Bottas won the pole at the Grand Prix of Azerbaijan 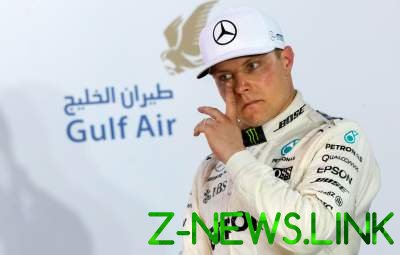 The pilot of the Mercedes of Valtteri Bottas was fastest in qualifying at the Grand Prix of Azerbaijan.

The first segment with a minimal advantage over Charles LeClair won the pilot “Red bull” Pierre went Out (1:41.335) that is due to skip weighing in the race will start from the pit lane. Qualifications were completed for Strolla, Grosjean, Hulkenberg, Russell and Kubica, and the pole does not fit in the eighth turn and crashed his “Williams”.

In the second segment in the same narrow eighth rotation of the crashed LeClair, which led to a new long pause, as the marshals had to re-restore the barriers. The fastest in this part of the training was again the pilot of “Red bull” – Max Verstappen with a result 1:41.388 on 0,112 seconds ahead of Valtteri Bottas in the Mercedes. The fight for places in the top 10 stopped Sainz, ricciardo, Elbon, Magnussen and went Out.

In the final qualification of the first wave of quick laps was won by Hamilton, but in the final attempt, Bottas was ahead of his partner on 0,059 seconds. All hope Ferrari have been associated with Vettel, but the German lost to the owner of the pole a little more than three tenths of a second.

Pole in Baku was Valtteri Bottas eighth in his career, second of the season and second in a row after the recent qualifying success in Shanghai.