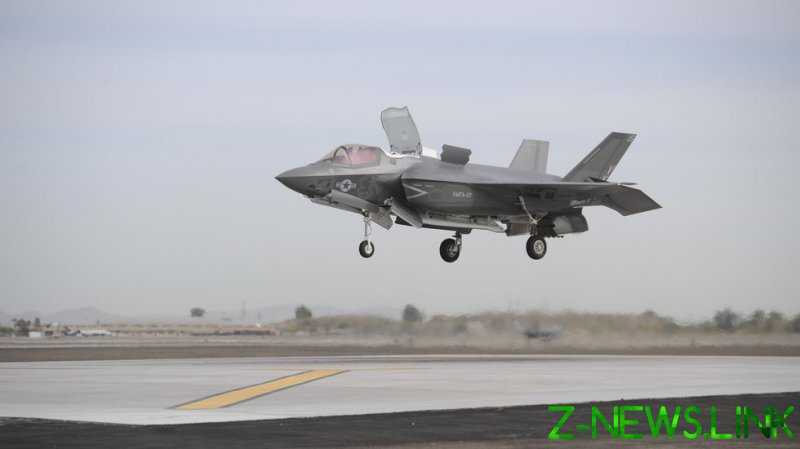 South Korea’s whole fleet of F-35 fighters has been grounded as its military investigates the cause of a landing gear glitch that forced a pilot to perform a risky crash-landing, the latest failure to plague the US-made craft.

An ill-fated training flight earlier this week has prompted a probe into what may have caused the malfunction, which affected a number of systems in addition to the plane’s landing gear, South Korean defense officials said on Wednesday.

“With the investigation underway, the entire [F-35] fleet is suspended from flying,” one official told AFP.

During a hearing on the incident on Wednesday, the vice chief of staff for the South Korean air force, Shin Ok-chul, said the F-35A was at low altitude near a base in the west of the country when its pilot heard “bangs” coming from somewhere on the jet, leading him to check on the plane’s systems.

“All systems had stopped working except flight controls and the engine,” Shin continued, noting that the pilot chose to perform an emergency belly landing – in which a plane skids on its underside to land safely during a malfunction – rather than eject. Reportedly making the first-ever belly landing ever attempted in an F-35, the airman fortunately emerged unscathed.

Ahead of the death-defying maneuver, special foam was quickly applied to the air base’s runway in order to stop the plane from exploding due to the friction and sparks created as it scraped the tarmac at high speeds.

While Washington and US-based arms dealer Lockheed Martin have touted the F-35 as among the most advanced fighter jets ever developed, the project has been a costly one for US taxpayers, who’ve footed the bill for a long series of delays, malfunctions and cost overruns since the craft made its first official flight in 2006. Nonetheless, a number of American allies have lined up to buy the plane, with Seoul making its first order for 40 of the craft in 2014 and receiving an initial shipment of around a dozen in 2019. It has since agreed to purchase more, hoping to obtain scores of additional F-35s for its air force and navy.

Tuesday’s dramatic belly landing and fleet-wide grounding in South Korea comes after another F-35 operated by the UK crashed into the Mediterranean sea last November as it attempted takeoff from a British aircraft carrier, though its pilot was able to safely eject.