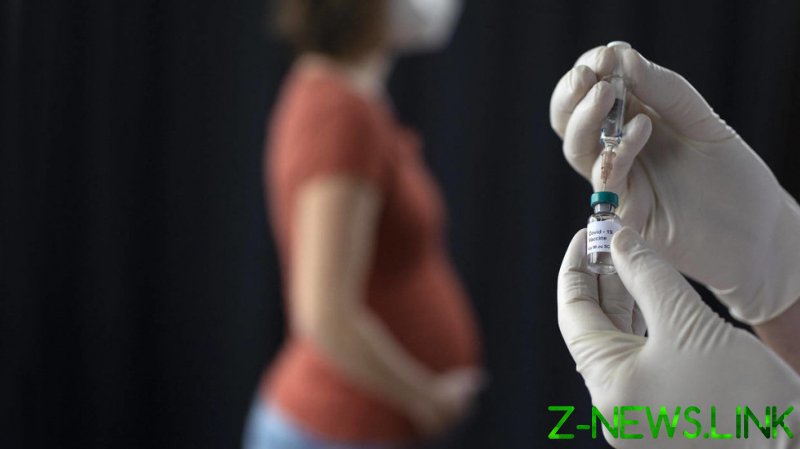 “Pregnant people experienced the same side effects as others following vaccination,” the director of the US Centers for Disease Control and Prevention (CDC), Rochelle Walensky said at a White House briefing on Friday. “Importantly, no safety concerns were observed for people vaccinated in the third trimester or safety concerns for their babies,” the health official added.

The go-ahead statement is based on a recent study by CDC researchers published in the New England Journal of Medicine. Titled ‘Preliminary Findings of mRNA Covid-19 Vaccine Safety in Pregnant Persons’, it suggested that Pfizer-BioNTech and Moderna vaccines have not proved more harmful for those who are expecting a child. During the vaccines’ preauthorization process, “pregnant persons” were excluded from clinical trials. The updated guidelines for “pregnant people” have been widely reported by US media.

Offering ‘Information about COVID-19 Vaccines for People who Are Pregnant or Breastfeeding’, the CDC has previously cautiously advised people to make a personal choice about receiving a jab, following a consultation with a doctor. The recent “no safety concerns” recommendations are based on preliminary findings from self-reported data. More than 35,000 “persons … identified as pregnant,” from 16 to 54 years old participated in the research, using a smartphone-based tool for US vaccine safety monitoring systems. Over 800 of them had a completed pregnancy.

More frequent injection-site pain was reported among possible vaccine-related complications, “whereas headache, myalgia, chills, and fever were reported less frequently,” according to the study.

Saying that pregnancy outcomes for the vaccinated patients were “similar” to pre-pandemic results, the study concluded: “Preliminary findings did not show obvious safety signals among pregnant persons who received mRNA Covid-19 vaccines.”

US health officials have warned before that those who are pregnant during the new coronavirus pandemic, are “at increased risk” for more severe suffering from the illness, as well as being endangered to adverse pregnancy outcomes, including preterm birth.

On the same day as good news for “pregnant people” was delivered at the White House, British politician and RT host George Galloway expressed his apparent concern with the same choice of wording in the UK. The former MP shared a poster from an English hospital offering information for “pregnant people and their support partner.”

The tweet sparked a heated argument. Last year, a similar trans debate on Twitter got British writer JK Rowling into hot water. The Harry Potter author questioned the use of the term “people who menstruate,” evoking harsh criticism from transgender rights activists, as well as from actors featured in the popular series.