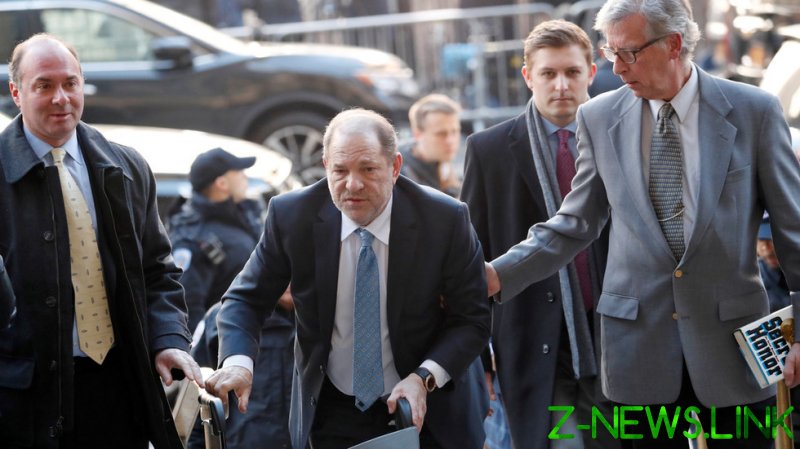 In March 2020, the film producer was sentenced to 23 years in prison after being convicted in New York of rape and sexual assault in a case that sparked the #MeToo movement.

Soon after sentencing, the Los Angeles district attorney’s office launched efforts to extradite Weinstein to California to face charges there that he raped one woman and sexually assaulted another in 2013.

In April 2021, an LA County grand jury indicted Weinstein on a total of 11 charges relating to the alleged assaults of five women in West LA and Beverly Hills between 2004 and 2013.

Weinstein’s legal team fought prosecutors’ extradition attempts, but on Tuesday Erie County Court Judge Kenneth Case ruled that he could be handed over to the authorities in LA.

Case rejected claims by Weinstein’s lawyer that the paperwork needed to extradite him was incomplete.

The lawyer also argued that the fallen Hollywood star, who has apparently been in poor health since his conviction, should stay in New York to receive the necessary treatment.

He has been put in the medical wing at Wende Correctional Facility in Alden, New York, according to his lawyer Norman Effman, who called for the former film executive to be allowed to appear remotely for the LA hearings so he can undergo two planned surgeries.

Weinstein has denied all the allegations against him and last month his legal team appealed his convictions in New York.

His lawyers claimed the judge had denied him an impartial jury by allowing the testimony of three women accusers to be heard, despite their claims not resulting in a criminal charge.