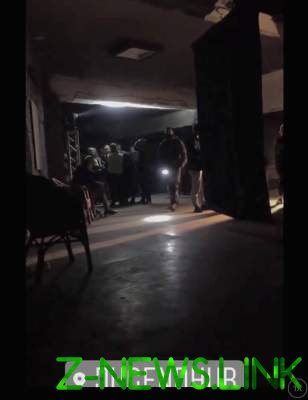 Users of social networks are actively discussing the incident in a nightclub.

User Facebook the Ilgamom Hasanov said that in yesterday’s RAID of national police during a party in Jugendhub in Kiev, the representatives of the military enlistment office forcibly took 10 people.

“At two in the morning rush, the police, looking for drug dealers. All lie prone on the floor. Those who are trying to photograph – hit on his hands. If you’re not interested in police, you will be taken by the members of the military and transferred to make out in the barracks on DVRZ (housing estate in Kiev – ed.). Without agenda, without documents, without medkomissii – just take power,” wrote Hasanov.

See also:  Hit network: a nervous TIC, or a serious night of a young father. Video

According to him, now ten young men sitting in the barracks. He suggested that the military closes the quota for the call for the Ministry of defense of Ukraine. 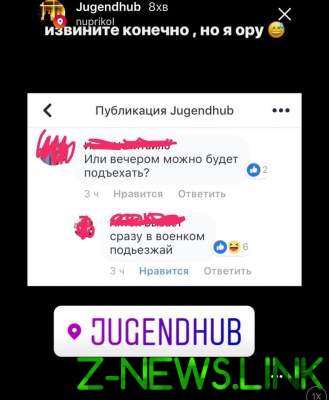 We will remind that in October and November, Ukrainians waiting for the next call to military service. The army called more than 10 thousand people. Autumn conscription in the APU runs from October 1 to November 30. In the area of anti-terrorist operation of conscripts will not send, already stated in the defense Ministry.

See also:  The scandal surrounding the filming of the Russian film in a Kiev: new details