Home / economy / Export of the Russian gas should be much cheaper

Export of the Russian gas should be much cheaper 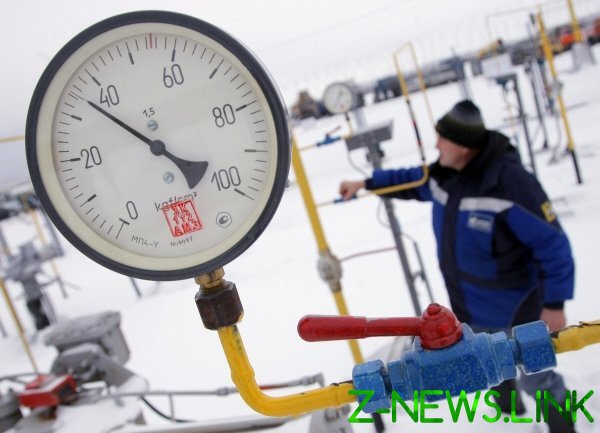 Assumed that cheap gas is our traditional competitive advantage. The current situation on the world gas markets puts this thesis into question. Gas prices in Russia for the industry comparable to the US prices. And the return of Russian supplies to Europe is lower profitability of domestic sales.

In Russia, gas prices remain regulated and differ markedly from region to region (different transport costs for delivery from Western Siberia). And Central regions of the country prices, for example, are at a level more than five thousand rubles per thousand cubic meters (without VAT) depending on the region and the consumption of the buyer (the volume of purchases affect the amount of payment for transportation via distribution networks and distribution services). Russian gas on the domestic market at prices close to gas in the domestic U.S. market — even against the background of devaluation of the ruble in 2015. Under the old rate of prices in rubles on gas in the Russian Federation would be higher than in the US.

Even more paradoxical situation arises when comparing the European and Russian market. In Europe, of course, the gas industry until more expensive than in the US and in Russia. However, due to low prices, the profitability of Russian gas supplies abroad already is a lower profitability of domestic sales, said in a research material to RIA Novosti.

For example, if the current spot price of gas in Europe is $ 130 per thousand cubic meters 39 dollars will be spent in payment of export duties remains $ 91. Subtract transportation costs. There is some room for interpretation in connection with the abundance of areas, but let’s take the Ukrainian direction to the cost of transit is about $ 31.

It turns out that the exports (in the case of export sales on the Ukrainian-Slovak border on market prices of Europe) is equivalent to the price of 60 dollars on the Russian-Ukrainian border in rubles (3,72 thousand rubles) is much smaller than the regulated prices on the domestic market.

Strictly speaking, what supplies to Europe cease to be highly profitable, it became clear a long time ago. And, by the way, as a result of this trend popular a few years ago, the discussion about access to the export channel independent gas producers came to naught, as the interest of these manufacturers in the current environment disappeared by itself.

Interestingly, the conclusions of these conflicts various market participants are absolutely opposite. One view — should strive to domestic gas prices was still much lower than global. It will directly support many of the export production (the gas processing industry and others), and indirectly the whole economy. And given our climate, the energy consumption will always be higher than in many other countries, and therefore the difference in prices must compensate for this factor.

But there is an opposing point of view. It is no secret that many “fat” years of export was seen as a source of profits for the gas monopoly. Accordingly, from the profits are realized and social pressure, and the gasification of the regions, and, according to some opinions, low prices in the country. Now, when the past export revenues are already there, there are the first hints of the need for additional increase in domestic gas prices.

How to resolve this contradiction, and, most importantly — what price our producers really are able to withstand, while maintaining required profitability of the business? In the zero approximation, this recipe is well known: the transition from regulated gas prices to the stock prices. In fact, a gas exchange in Russia for the domestic market has been working, however, on small (10-20 billion cubic meters per year) trade volumes. The process is not quick, there remain many questions that are beyond the scope of this article.

But most importantly: even if we imagine that we have already built the perfect gas exchange, in any case, at the minimum price you can offer any of the sellers, will affect the price of transportation from Western Siberia to the Central regions. Yes, GAZ, we have one of the cheapest in the game, but transportation “from the North” makes a significant contribution to the final cost.

The transportation tariffs, we also adjustable, as, indeed, in almost all countries. But the rates, in theory, calculated on the basis of full recoupment of the cost of construction and operation of pipelines, remain a “thing in itself”.

And if someone may think that this question is closed only for mere mortals, in April of last year the Federal Antimonopoly service stated that it will not be indexed, neither of tariffs “Gazprom” on transportation, until the company begins to provide transparent data.

In this context, the most hot heads from time to time to discuss the division of Gazprom into production and transportation companies. There are hidden dangers besides no need in this division is. However, the allocation of the transport sector in a separate segment with its own separate and accessible reporting appears reasonable. This database should be developed appropriate methodology for calculation of tariffs, which in itself is a difficult task.

This way, by the way, had already been done by many European gas companies. And, by the way, there is no guarantee that this solution will reduce the cost of transportation (there is also an opinion that transportation is unprofitable for “Gazprom” and these costs are covered including through exports). However, transparent scheme itself is important for creating long-term rules of the game in the gas market, long-term price targets.

Finally — on prices from the demand side. Of course, the sellers of gas (and, by the way, absolutely everything, not just the monopolist) would like to sell its gas to the most expensive. On the contrary, consumers cheaper, than the like better. Against this background, there is another view: cheap gas too “corrupt” of the consumer, makes it unprofitable savings and energy efficiency measures.

As an illustration, is often cited for almost a textbook example. It is known that in our country because of cheap gas be economically feasible combined cycle power plant (steam turbine plus gas turbine with higher efficiency reaching 60%, but the gas turbine is expensive). With the current gas prices are cheaper the simple steam power plant with an efficiency level of 30-35%. And, it would seem that one of the recipes the growth of energy efficiency is to increase gas prices.

However, for some reason in the US with the same cheap gas built mainly combined heat and power stations. So maybe it was something else? (Spoiler: for example, the cost of credit, dependence on foreign gas turbines and the characteristics of the energy market.)

Or, for example, heat tariffs for the population. In theory, the rising price of gas here is to encourage energy efficiency. In practice, even the current tariffs for heating have already hit on the wallet of the average citizen. Of course he would have preferred to pay less, even taking into account additional investments in energy efficiency, the more that you need here not so much. So the problem is-too-cheap gas — or the lack of legal regulations for a specific level of energy savings when building new homes?

Recently many in our country talks about the need of development of export gas chemistry: more value-added, there is no reference to a particular market, as in the case of the pipeline. But it would be naive to assume that the other participants in the global market is not thinking the same thing. Right here we are going to compete with the United States, the middle East producers, where plenty of cheap gas. The same can be said of other energy-intensive industries. And given the climatic characteristics, again, we need even cheaper gas than rival industries in other countries.